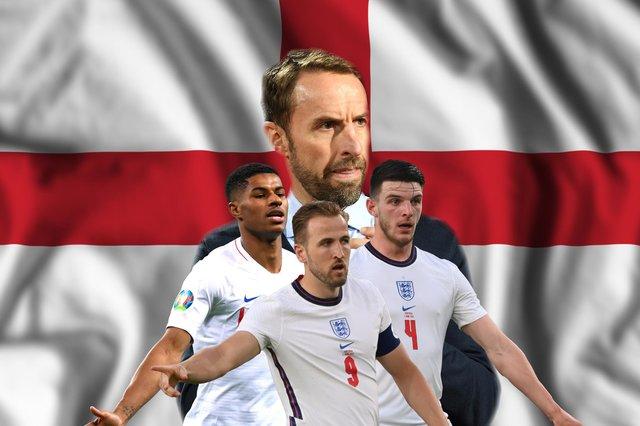 Following the disappointment of an early exit at Euro 2016, England have reached back-to-back semi-finals at major tournaments and expectation is high. Standing in their way of a place at the Wembley final on July 11th is surprise package Denmark. The latest England v Denmark betting odds are firmly in the favour of Gareth Southgate’s side, but anything can happen in knockout football. Read on, as we take a look back at the Three Lions’ performances at Euros gone by.

Euro 2016 will live long in the memory of many an England fan, but not for the right reasons. Roy Hodgson was in charge of the calamitous campaign, which saw minnows Iceland progress to the quarter-finals.

England had made it through as runners up of Group B, finishing behind Wales – who by all accounts, overperformed on their debut. Held to draws by both Slovakia and Russia, England picked up just one win – over Wales – in the group stages. And while they went ahead in their last-16 clash over Iceland, through Wayne Rooney’s penalty, it didn’t prove to be a nice night in Nice.

Poland and Ukraine were dual hosts in 2012, and England were defeated by the standard dreaded penalty shootout. Pit against France, Ukraine and Sweden in Group D, England, under the stewardship of Hodgson, were group winners.

At this tournament, there was no qualification for the best third-placed teams, and consequently, knockout football began at the quarter-final stage. England faced Group C runners up Italy in Kiev. A stalemate after 120 minutes – the first 0-0 of the tournament – the game was to be decided by penalties. Despite scoring their first two spot-kicks (Steven Gerrard and Rooney), both Ashley Young and Ashley Cole failed to convert and the Azzurri ran out 4-2 winners.

England failed to qualify for Euro 2008, hosted by Austria and Switzerland – for the first time since 1984. Drawn in qualifying Group E, Steve McLaren received plenty of criticism. The home nation only needed a draw in their final match against Croatia, but succumb to a 3-2 defeat, to finish third in the group. Croatia and Russia qualified instead – and the ‘Wally with the Brolly’ was dismissed.

A tournament of surprises with Greece winning the title and the Czech Republic’s Milan Baroš winning the Golden Boot, England made it to the first round of knockout football – largely spurred on by the goals of Rooney. Runners up in Group B, behind France who were the victors in their opening round clash, England went on to beat Switzerland and Croatia, before facing hosts Portugal.

And once again, it was penalties that eliminated England. The scores were level after 90 minutes, while Frank Lampard grabbed a last-gasp equaliser in extra time to send the match to penalties. In a thrilling encounter at the Estádio da Luz in Lisbon, David Beckham missed the opening spot-kick and it eventually went to sudden death. Ricardo scored for the hosts, and Darius Vassell missed – and their fate was sealed.

England will be hoping that their fine form continues – both Harry Kane and Raheem Sterling are on three goals for the tournaments, and aren’t too far away from snatching the Golden Boot, according to the UEFA EURO 2020 top scorer odds. With the likes of Patrik Schick, Cristiano Ronaldo and Romelu Lukaku out of the tournament, could either capitalise and not only secure a personal accolade but land England an important title after 55 years of hurt?