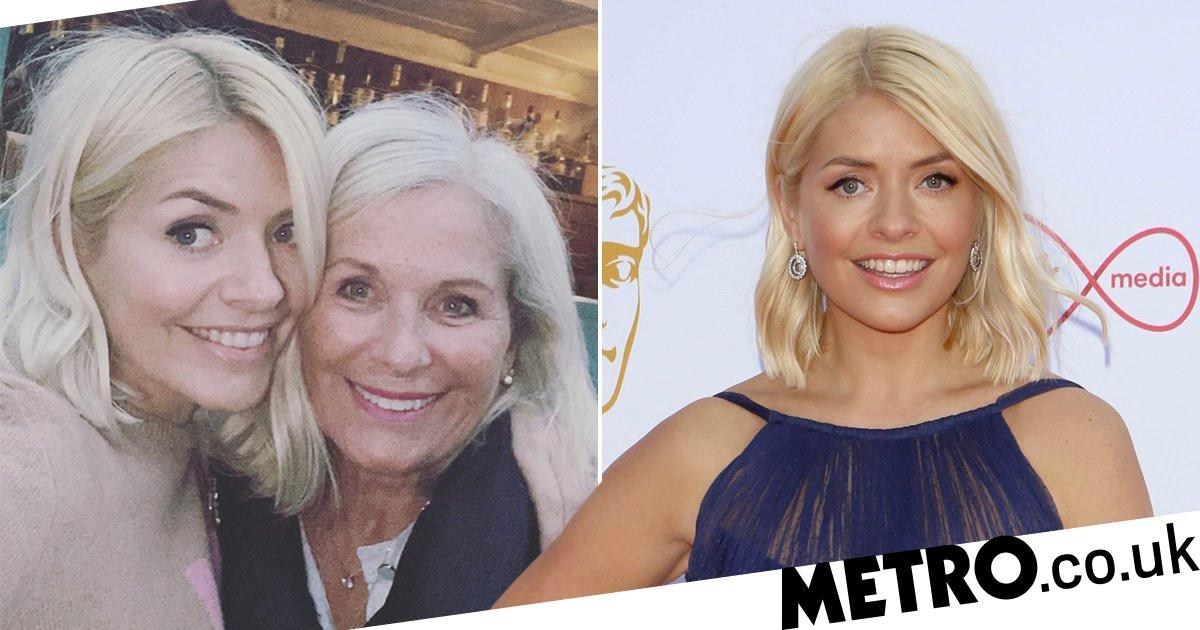 Holly Willoughby has wished her mum a happy birthday from lockdown.

The star took to Instagram on the big day where she shared an adorable picture of herself posing alongside mama Willoughby.

But as she celebrated, there was also an air of sadness surrounding the post, as the 39-year-old confessed just how much she’s been missing her.

And she was all of us, as she candidly stated: ‘Miss you so so much… can’t wait to cuddle you again… love you.’

And it seems so many mums and daughters could relate as they took to the comment section in tears.

‘I hear that. I want to cuddle so badly my daughter who’s having a baby in August. We are so close this is killing us,’ one wrote while another added: ‘Awww that’s it me crying again, miss my baby girl.’

Someone else felt the same: ‘Awhh me and your mum share birthdays!

‘It was so hard today haven’t seen my mum since March and not being able to give her a cuddle was so emotional afterwards!! Definitely made me appreciate things a lot more.’

Prime Minister Boris Johnson sent the UK into lockdown at the start of March, and while he has since eased some of the restrictions, Brits still have to remain two metres away from anyone who is not in their household.

This is to help stall the spread of Covid-19 as the pandemic continues to soar, seeing more than 36,000 people die from the virus in the UK alone.

Holly, who is a mum-of-three herself, has had an emotional time in lockdown, and recently walked away from her hosting duties on Celebrity Juice.

In a heartfelt post, she shared a string of pictures marking her best bits, as she bid farewell to the programme after 12 years of being a team leader.

‘Thank you Celebrity Juice for 12 years of fantastic chaos… I can’t quite believe what we’ve done and how quick that time has gone,’ she wrote. ‘Thank you to you all for watching..we’ve always had the loudest and best audiences.’

Holly continued: ‘Also a huge thank you to ITV2 for believing in the show in the first place and for all of your support…

‘Over the years the production team has changed, however to anyone lucky enough to have worked on the show, they will know that we really do have the best time, it’s never felt like work and always been to me like a night out.’

MORE: Harry Redknapp says I’m A Celebrity offered him ‘twice as much money as Strictly Come Dancing’ to take part