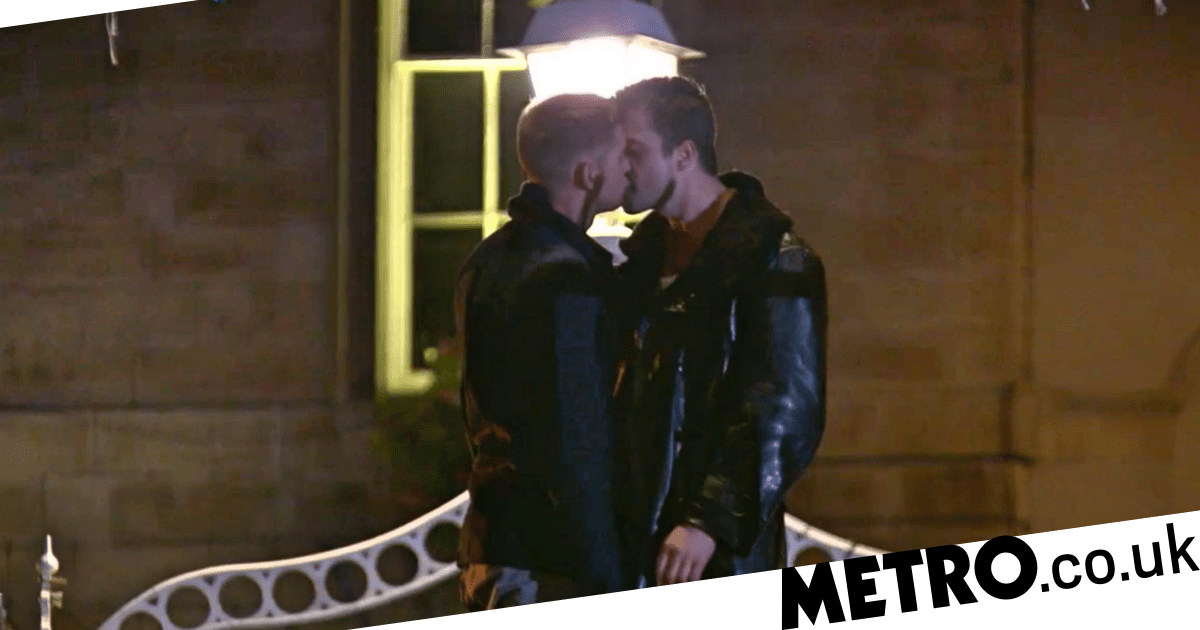 Hollyoaks took a trip back in time with one its greatest ever instalments during tonight’s edition of Hollyoaks Favourites, as Brendan Brady (Emmett J. Scanlan) and Ste Hay (Kieron Richardson) headed to Dublin in the first of a week full of Brendan classics.

Tonight’s classic episode saw tension aplenty between Brendan, Ste and John Paul (James Sutton) — the latter of who was surprised to learn that Ste is gay, while Brendan couldn’t believe he’s a McQueen.

In the hotel lobby, Brendan caught up with Ste, but when Ste revealed they could finally be together, Brendan pushed him away — afraid to break his deal with God.

However, Cheryl (Bronagh Waugh) urged her brother to go for it — reiterating that God would want him to be happy — and he got all the confirmation he needed when a nun echoed Cheryl’s sentiments.

Ste awaited on the Ha’Penny bridge and — just as he’s given up hope — Brendan appeared. They declare their love for each other, and all was right in the world.

Viewers will get the opportunity to see what happens next for themselves tomorrow night, as the subsequent episode is tomorrow’s chosen Favourite!

We’ll refrain from giving away too much, so as to not ruin the enjoyment, but here’s a little taster of what you can expect.

Ste and Brendan take a tour of Dublin and, as Brendan openly shows his affection for Ste, it’s clear how much he’s changed.

However, they soon come across a boarded-up pub, and Brendan reveals that it belongs to his abusive dad.

You’ll just have to tune in tomorrow to find out what happens next!

Hollyoaks continues Monday 1 June at 7pm on E4. Hollyoaks Favourites continues tomorrow at 7pm on E4, and find out which classic instalments are on offer next week here.