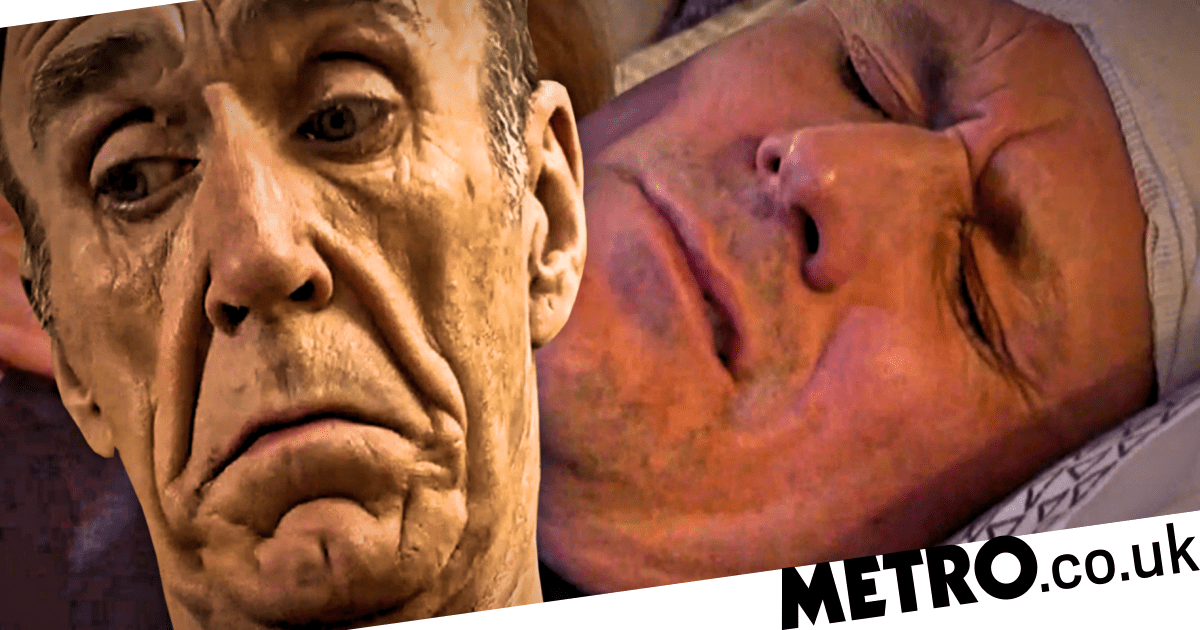 Edward Hutchinson (Joe McGann) is up to his old tricks once more in Hollyoaks, as — after moving back in with Tony (Nick Pickard) and Diane (Alex Fletcher) — he began to give Tony testosterone under the guise of blood thinners, in an effort to take back control of the situation.

With Tony believing he’d just come through brain surgery, he was more than delighted to have Edward move back in, as having a surgeon in the home can only be a good thing, he thought.

Edward’s attention has been elsewhere in recent episodes, as — after he was rumbled by daughter Verity (Eva O’Hara) — he was forced to manipulate her into keeping shtum.

However, in spite of him promising her that would leave Tony well enough alone, the sinister surgeon got up to his old tricks once more, as he prescribed Tony blood-thinners — but it turns out it’s actually testosterone!

While reading the kids a bedtime story about Sir Edward The Great, he said aloud that one needs to be careful with the dosage or Tony may become dangerous.

Edward’s well and truly got his feet back under the table, and his abuse of Tony has resumed once more — but will Tony discover what he’s up to?

What’s more, will Verity realise what her dad is doing?

Speaking about how far Edward is willing to go to get what he wants, actor Joe McGann told Metro.co.uk: ‘I think for him, he’s going to become more obsessed, because he’s already been thwarted more times than he’s used to.

Hollyoaks continues Monday 25 May at 7pm on E4. Hollyoaks Favourites resumes tomorrow at 7pm on E4, and find out which classic instalments are on offer next week here.