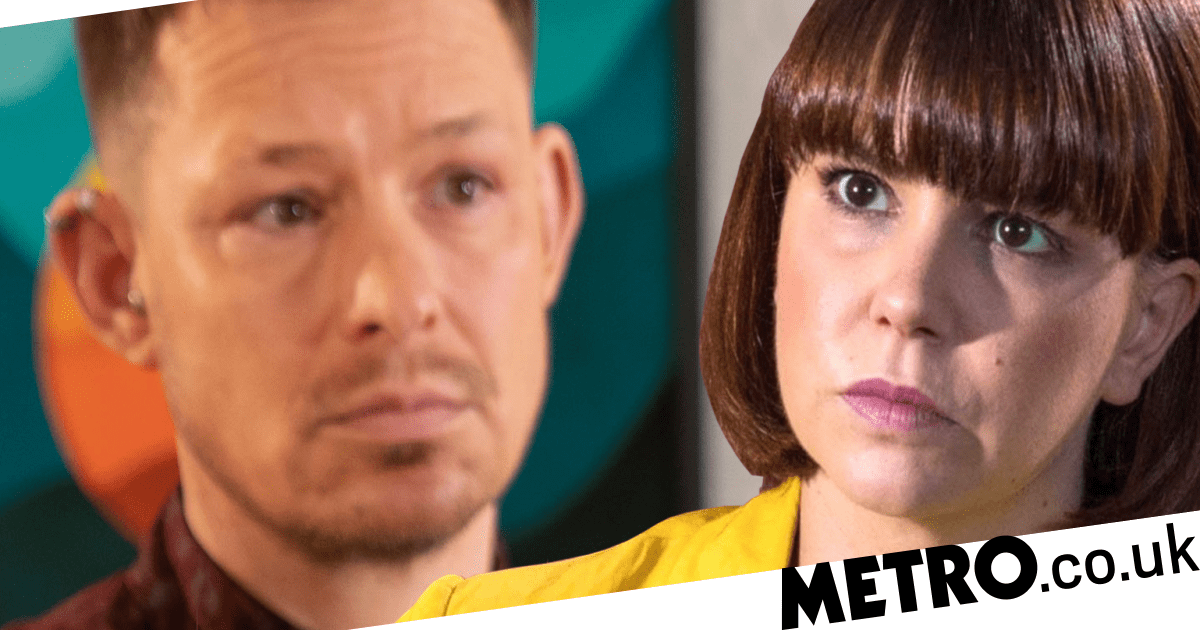 Kyle Kelly (Adam Rickitt) has made clear just how much he loves Nancy Osborne (Jessica Fox) in Hollyoaks, but the lovers end up arguing over his drug use once more in the coming episodes, and this conflict results in Nancy making a huge statement — one that will leave Kyle crushed.

Kyle’s drug habit is something that Nancy has voiced her opinion on before, and — in the coming episodes — both she and Jack (Jimmy McKenna) become fed up over the whole situation.

Meanwhile, Kyle has other things on his mind, as he discovers drugs in Charlie’s (Charlie Behan) bag. Putting two and two together, he wastes little time in confronting Jordan (Connor Calland) on the matter — warning him to stay away from Charlie.

Kyle then reveals he’s intent on staying away from drugs too, but Jordan doesn’t believe him.

Later, Kyle attempts to tell Nancy about what’s going on with Charlie, but she’s concerned about his drug habit, and reveals that she doesn’t think she can marry him anymore.

How will Kyle react?

Given how much he loves Nancy, devastation is likely a given, but will he be able to convince her that their relationship is worth fighting for?

What’s more, will he manage to tell her about Charlie?