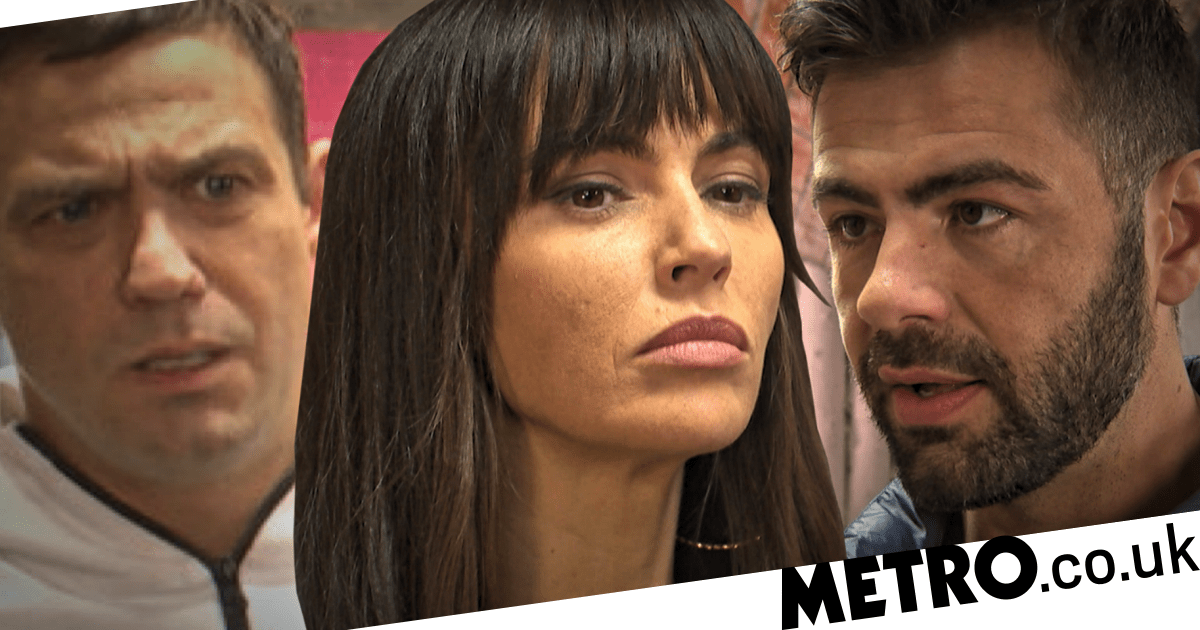 Mercedes McQueen (Jennifer Metcalfe) and Sylver McQueen (David Tag) put the past behind them in Hollyoaks and decided to start anew, but there’s tension and conflict aplenty in the coming episodes — something which gives Mercedes cause for concern, and one can’t help but wonder if her husband’s secrecy will pose a risk to their new beginning?

Upon returning from Spain, Mercedes started something of a fling with Warren (Jamie Lomas), while Sylver continued his relationship with Grace (Tamara Wall) — but the truth about her involvement in Mercedes’ shooting resulted in him putting an end to said relationship.

Meanwhile, Warren encouraged Mercy to reveal her true feelings to Slyver, but little did she know that he felt the same way.

The pair rekindled their romance several weeks back in incredibly emotional scenes, but it appears as if their happiness could be in trouble in the coming episodes.

The pair continue to be loved up, but Mercedes soon starts to feel like a third wheel in Warren and Sylver’s bromance.

Later, she becomes suspicious of the fact that Slyver and Warren are spending so much time together, and she’s perturbed when she realises that Joel (Rory-Douglas Speed) is in on the big secret as well.

Mercedes confronts her husbands — but what will he have to say?

What is the reason for his strange behaviour?

Will their marriage be able to survive?