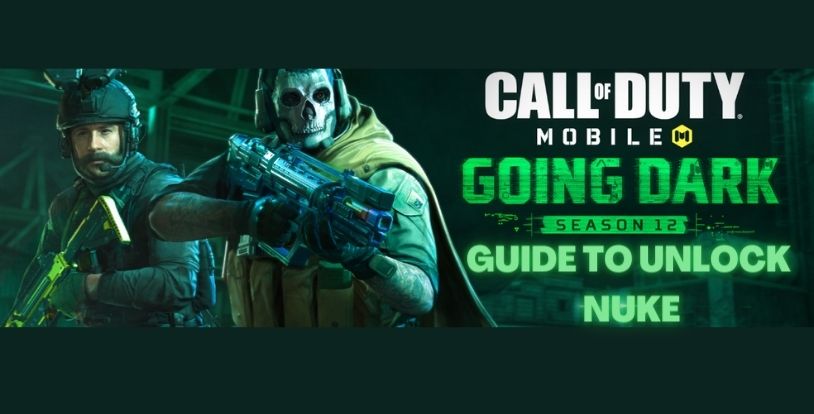 Call Of Duty is one of the most exciting games available today. Available on iPhone and Android, the features of COD are inspired by the Call of Duty Video Game Franchise. The game has two modes:

The best feature of Call of Duty is the Nuclear Bomb or a nuke. The concept of a nuclear Bomb is very clear. It lets you “Kill and Win”. Call it a killstreak weapon that can completely wipe off the opponent team in seconds. Now that you know you need the killstreak weapon,

The next question you might ask is How to win a call of Duty Mobile?

There are very simple 3 steps to win call of Duty Mobile using a Nuclear Bomb.

How to Get a Nuclear Bomb is the main question?

Guide to Unlock a Nuclear Bomb in Call Of Duty Mobile

As simple as it sounds to kill all the opponents in one go, it is quite tough to get a nuclear bomb. Many players find it difficult to understand the concept behind it, whereas it is pretty easy. You need to fulfill the below two requirements to be able to unlock a nuclear bomb in Call of Duty Mobile.

1.The player needs to reach XP Level 20 or above.

After the player reaches Level 20, only then, the Nuke benefit will be available to the player. If you have been playing the game for a few days, you might know that it is a very easy condition to fulfill. The catch here is that you cannot unlock the nuclear bomb until you complete the second condition. What comes next is a bit difficult to achieve.

In a multiplayer map, you have to kill 20 opponents only then, you will gain the ability to unlock nuclear bombs and drop nukes on the opponent team.

Note: A scorestreak won’t qualify in this condition. You have to kill 20 enemies without dying.

Right after you achieve both the conditions, a “launch nuclear bomb” button is unlocked on your screen. When you click the button a briefcase computer is opened and the nuclear bomb will fall.

Though a few players easily unlocked a nuclear bomb, a few others are still held in figuring out the simple series of steps. Go through the below guide and unlock a nuclear bomb easily in a multiplayer map in Call of Duty Mobile.

Since everybody is trying to get a hold of the nuke, the players need to stay low-key to make a 20-killstreak quickly. Plan your game strategy accordingly.

In some of the prior Call of Duty series, using a nuclear bomb and completely wiping off the opponent’s team led to the end of the game. That’s not the case in this title. The game will continue even after the opponent team is dead. That is the advantage of a multiplayer online map game. There will always be enough opponents in one or the other maps for you to keep playing Call of Duty Mobile.