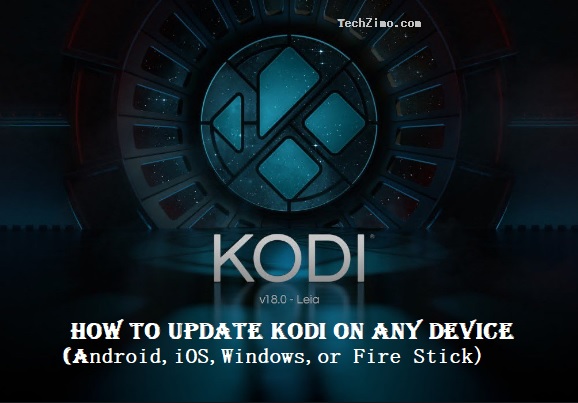 Want to update Kodi on your device? Since updating Kodi is not an easy task. It is a little confusing. To update any other application, you just need to go to the menu and click on “Check for update”. But, the scenario is quite different in the case of Kodi. You will need a certain kind of guidance.

Whether you want to update Kodi to the latest version on your Android, iOS, windows, or Firestick. Need not to worry. Go through our step by step easy Guidance. To know the steps scroll more.

Kodi, previously called XBMC, is free software for managing your local store of movies, television shows, music, and photos. This application has a huge fan base.

After a certain period of time, developers release the new update for Kodi. The reason for this is that every version includes at least some of the following: new features, bug fixes, stability and performance improvements, and security updates.

Warning: Since the software is open-source. Some people install modified versions of Kodi on third-party hardware and sell them as Kodi boxes. Note that Kodi does not sell hardware, nor does it endorse any of these boxes.

Before going on the steps for updates on any network. Let us first check What’s the Latest Available Version of Kodi available right now?

Well, in terms of major versions, we’re talking about Kodi 18 “Leia,” which has been released in January 2019. This was a major transition for Kodi, especially in terms of its performance.

In the last year, we have received many updates. The latest version is Kodi 18.9, which was released in October 2020.

I strongly advise you to update Kodi 18.9 as this is the most stable version yet.

How to Update Kodi on Any Device

Here, we will discuss easy and simple steps to update Kodi on any device, whether it is Android, iOS, Windows, or Fire Tv. 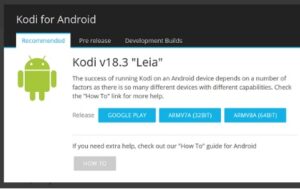 Step2: Search for the Kodi app and open it.

Step3: It will show you an “Update” button. If there is any new update available.

Step4: Click on the Update button and the Play Store will start updating Kodi. That’s it.

To update Kodi on iOS is not as simple as on Android. Each Kodi for iOS update will need to be installed manually unless you use the Cydia app store, in which case you can find the latest version there too. Here are the steps:

The simplest way to update Kodi on Windows is through ‘Kodi Windows Installer.’ Here’s our step-by-step guide: 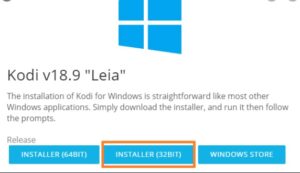 Sadly, the process to update Kodi on Amazon Fire TV is a bit longer since you need to sideload the app from another device. 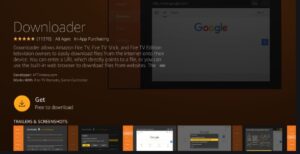 Here’s our general description of how to update Kodi on FireOS.

First, download the latest Kodi APK from the official website and move it to your Amazon Fire TV. After that, simply install the APK through a file manager and it will override the existing Kodi setup. And that’s how you update Kodi on Amazon Fire TV.

Bonus Tip: Use a VPN

I would strongly recommend you to use a VPN because of a few reasons:

Well, this is all about “How to update Kodi on any device. I hope You will find this article informative. Use this simple step by step guide to enjoy the latest version of Kodi. Share it with your family and friends.

Also read: Why You Need To Hire An Expert HTML Developer For Your Development Company