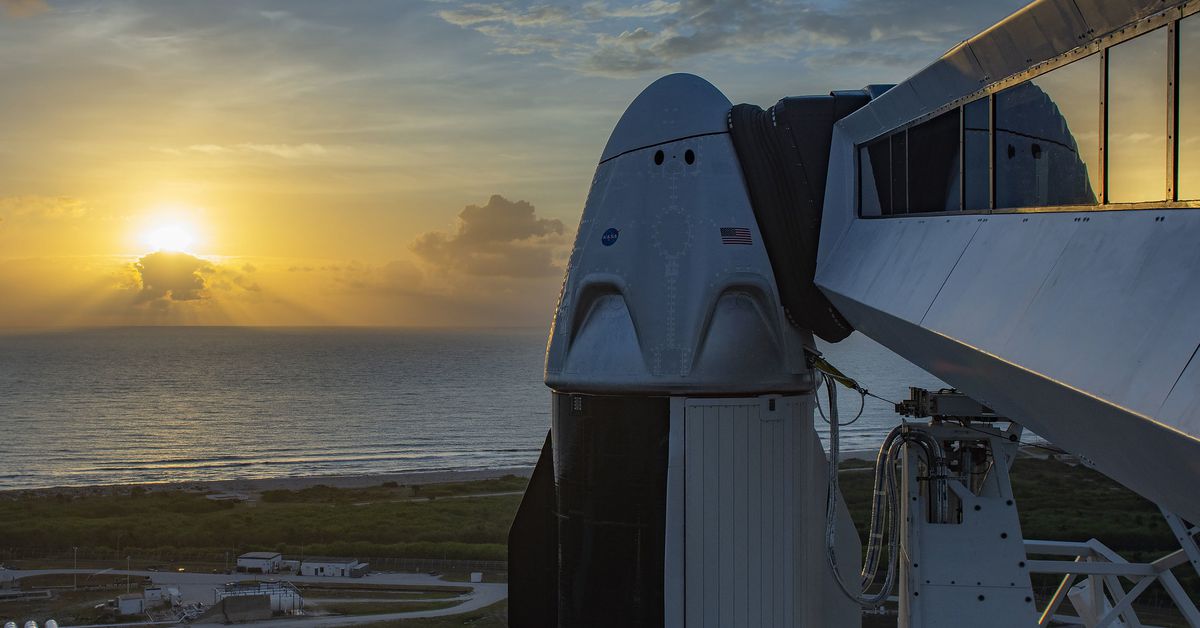 For the first time since 2011, a space mission carrying two passengers to the International Space Station will launch from US soil. It will also mark the first time a private spacecraft has carried astronauts into orbit — and you can watch all the action live.

NASA astronauts Bob Behnken and Doug Hurley will be aboard SpaceX’s capsule (named the Crew Dragon), which will be carried into orbit by a Falcon 9 rocket. The SpaceX mission is part of NASA’s Commercial Crew Program, and it will be a test of NASA’s partnership with the US aerospace industry.

The flight is currently targeted for 4:33PM ET on Wednesday, May 27th. That may change if the weather does not cooperate — as of this writing, the chances of favorable weather at the launch site are only at 50 percent. But weather at the launch site is only part of the equation: NASA and SpaceX will also be monitoring weather across the Atlantic. In the event that something goes wrong during launch, the capsule would make an emergency landing, and officials want to be sure that conditions are clear in any possible landing zone.

NASA will be covering the event as it happens, beginning at 12PM ET on Wednesday, May 27th, and continuing until the Crew Dragon docks at the space station, which is planned for 11:29AM ET on Thursday, May 28th.

SpaceX’s Falcon 9 rocket will take off from the company’s launch site on Wednesday, May 27th, at NASA’s Kennedy Space Center in Cape Canaveral, Florida.