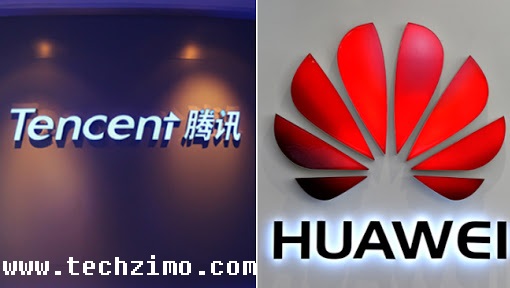 Huawei Technologies Co. removes Tencent Holdings Ltd.’s games from its app store over Revenue dispute between the Chinese tech giants. This is because the two companies failed to reach an agreement on revenue sharing.

“Due to the failure of Huawei’s mobile game platform to renew its contract with our Mobile Game Promotion Project Agreement as scheduled, relevant products of Tencent Games were suddenly removed from the shelves early this morning. At present, active communication is being made to try to resume as soon as possible” Tencent said in a statement.

Most of the smartphones in China use Google’s Android operating system.

Huawei enjoyed being the leader of the smartphone manufacturing companies in China in the quarter ending September, with a market share of 43%.

Tencent sells some of the top-ranked online games worldwide. PUBG being their highest selling games.

Why is the conflict?

As per the reports, the main reason that made Huawei remove Tencent is the revenue sharing quotient. The company demands a 50% revenue cut from Tencent which is any day not approved by the latter.

However, Tencent did not comment on whether or not they agreed on the revenue sharing part.

The news that Huawei removes Tencent has almost broke the internet.

Other video game developers have been quite resistant on the demands of Huawei over revenue. A Shanghai-based video game developer Mihoyo, last year decided not to place its hit game “Genshin Impact” on Huawei’s app store because it did not agree with the commission structure for sales.

Probably the huge market share enjoyed by Huawei has made the company quote higher prices.