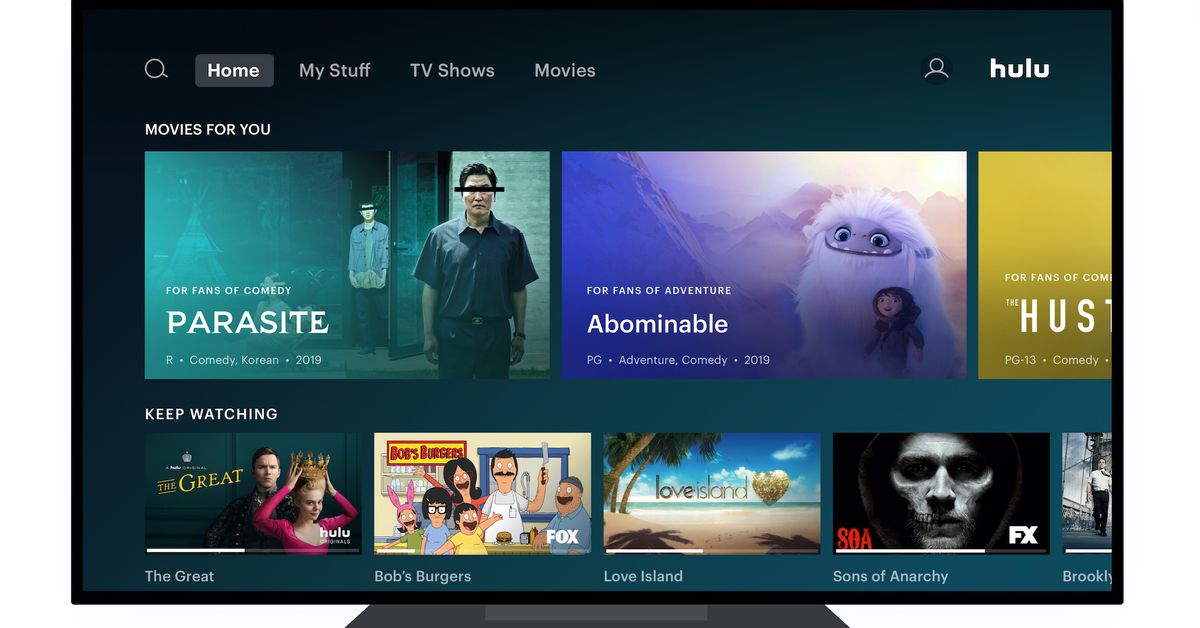 Hulu’s grand experiment to reinvent the user experience of a streaming app is coming to an end. Today, starting on Apple TV and Roku, the company is rolling out a revamped home screen that’s much closer in line with Netflix, Amazon Prime Video, and other streaming services. The new look will make its way to other platforms by the end of July.

Hulu underwent a huge redesign in 2017, replacing the traditional horizontal trays of content with a vertically scrolling landing page that featured enveloping, full-screen artwork for each show or movie. But customers were frustrated by a lack of efficiency — Hulu’s “Lineup” only showed three or four selections on-screen at a time (or even just one on a phone) — and confused by its navigation. To some, it felt like the company had gone all in on a radically different, sleek design at the cost of accessibility and ease of use. Hulu continued to iterate on the redesign and bring back missing features in the years since. More recently, it made menus easier to read.

Now, under VP of product management Jim Denney, Hulu is moving to a user experience that will feel more familiar to people coming from another streaming app — including Disney’s other apps Disney Plus and ESPN Plus. It sounds obvious, but consistency in a world where everyone subscribes to multiple services is important. Hulu going so far off the beaten path was jarring for some subscribers.

“Viewers can now navigate through collections vertically and explore within a collection by moving horizontally,” Denney said in a blog post co-written with Jason Wong, Hulu’s director of product management.

You’ll still see touches of the 2017 design in the new Hulu: the company is still a fan of that cinematic, full-bleed artwork for whatever piece of content is in the hero slot when you open the app, and you’ll also see larger rectangles to emphasize certain collections or items as you progress down the home screen.

“I think the benefit of it is that it broke new ground,” Denney told The Verge on Tuesday, speaking about the huge refresh executed by former product boss Ben Smith and his team. “Sometimes you need to push the envelope far in order to figure out what works and what doesn’t work.” He added, “I don’t want to judge whether they overshot or didn’t, but we learned a lot of good things from the current UI.”

But “there was room for change,” according to Denney, and overall navigation is getting much more intuitive. “Categories of content like TV, movies, and sports will be moved to the master navigation, which gives our viewers a clear pathway to find what they’re looking for.”

“We know that we have one of the largest libraries available, and we need to make sure that we’re creating the platform for people to navigate through that — and understand the breadth of that content, that offering, without it being overwhelming,” Denney told me.