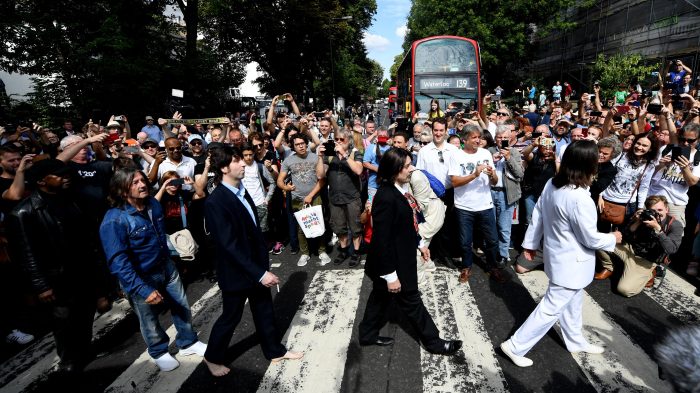 The well-known road crossing outdoors London’s Abbey Road Studios has finally received a fresh coat of paint thanks to empty streets caused by the coronavirus lockdown.

Ever since the Beatles released “Abbey Road,” their 11th studio album, in September 1969, the street crossing leading to the Abbey Road studios immortalized on the album cover has been in constant use. For decades, hordes of Beatles fans posing for a keepsake photograph recreating their idols John Lennon, Paul McCartney, George Harrison and Ringo Starr walking over the crossing have kept it in a constant state of wear and tear.

In 2010, the site was declared a national landmark.

The photograph that was ultimately chosen as the album cover was the fifth of six snaps taken by photographer Iain Macmillan from a ladder on August 8, 1969. In 2019, thousands of fans thronged to the crossing to celebrate the 50th anniversary of the shoot.

The crossing was repainted by a highways maintenance crew earlier this week.