Instagram was in news all round the day for blocking #sikh hashtag for its users.

The blocking comes just over five months after Facebook and Instagram were seen restricting the #sikh hashtag for a number of users. Instagram at that time responded to user complaints and stated that the said hashtag was “mistakenly blocked” in early March.

As per the user reports, the #sikh hashtag isn’t searchable on Instagram. Some users have also reported that the blocking is in place on Facebook as well.

However, we personally tried reaching out to the posts with same hashtag but couldn’t. The app was initially showing a “posts hidden” error that read, “To make sure only the most relevant posts are shown, we’ve hidden some posts that may be private or low quality.” However, shortly after it was raised by some users, Instagram started showing a handful of posts.

On searching for the #sikh hashtag on Instagram showed that there were over 2.5 million posts on the platform with the same hashtag. 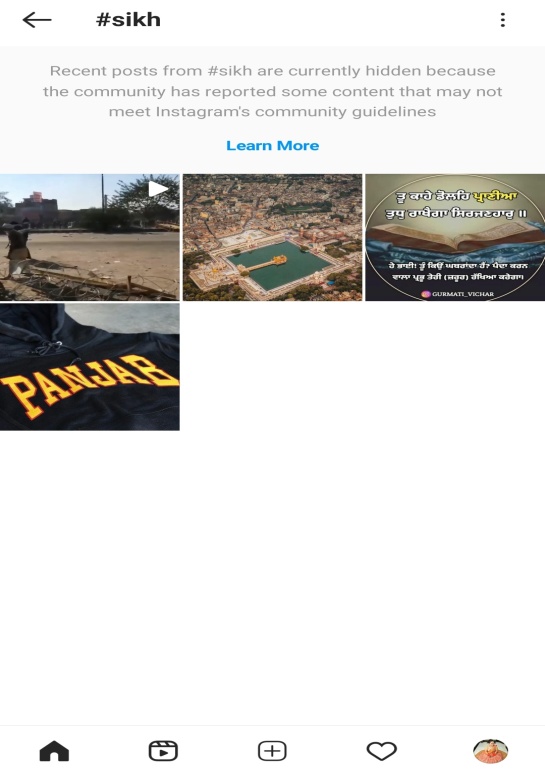 This blocking amidst the protest indicates a lot.

Drop in the comment section, your take on the whole situation!