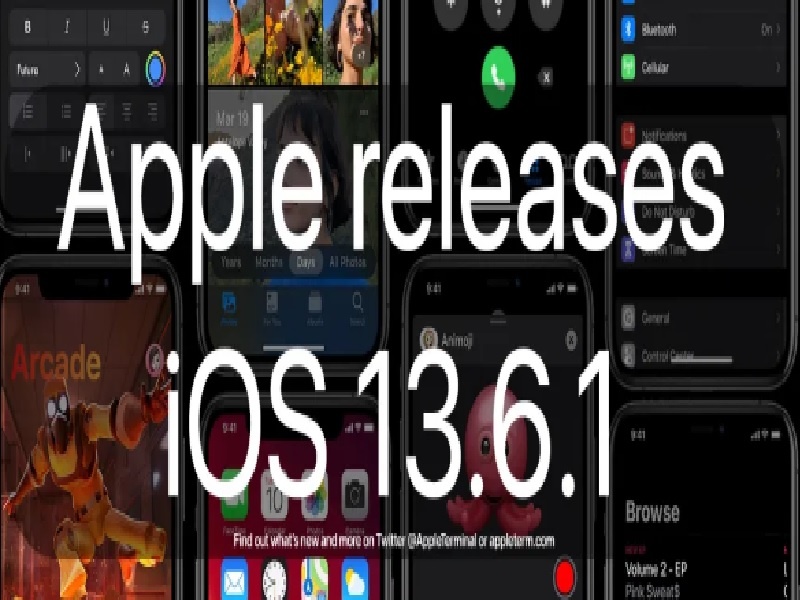 Apple released a 13.6.1 update for iOS and iPadOS on Wednesday, issuing bug fixes for storage and displays.

A new version of iOS and iPadOS is now available to download for all compatible devices (those that can run iOS 13 and iPadOS 13).

No, we’re not talking about iOS 14 – though that will probably be landing soon. Rather, this is version 13.6.1.

iOS and iPadOS 13.6.1 are available now with fixes for some

So iOS 13.6.1 is all about bug fixes, but those sound like fairly significant bugs and are worth addressing immediately.

There may also be some unlisted fixes, so we’d recommend downloading this update soon even if you’re not aware of having any of the issues above.

iOS 13.6.1 is here with fixes for screen, storage and notification issues.

What’s In The Update??

This is a minor update, as the numbering suggests – it would have been iOS 13.7 if it had been bigger. But minor doesn’t mean unimportant. In fact, the updates are all important.

If you’ve seen a green tint on your iPhone display, well, that’s not great, now is it? This, Apple says, is fixed in this update and it was down to a thermal management issue. Although not very widespread, it’s good this is fixed now.

Made In India App Photostat launched as an Alternative to Cam Scanner|Check How To Use?

The update can be installed from Settings > General > Software Update.

Related Topics:Apple released a 13.6.1 update for iOS and iPadOS on WednesdayiOS 13.6.1 UpdateiOS and iPadOS 13.6.1 are available now with fixes for some annoying issues