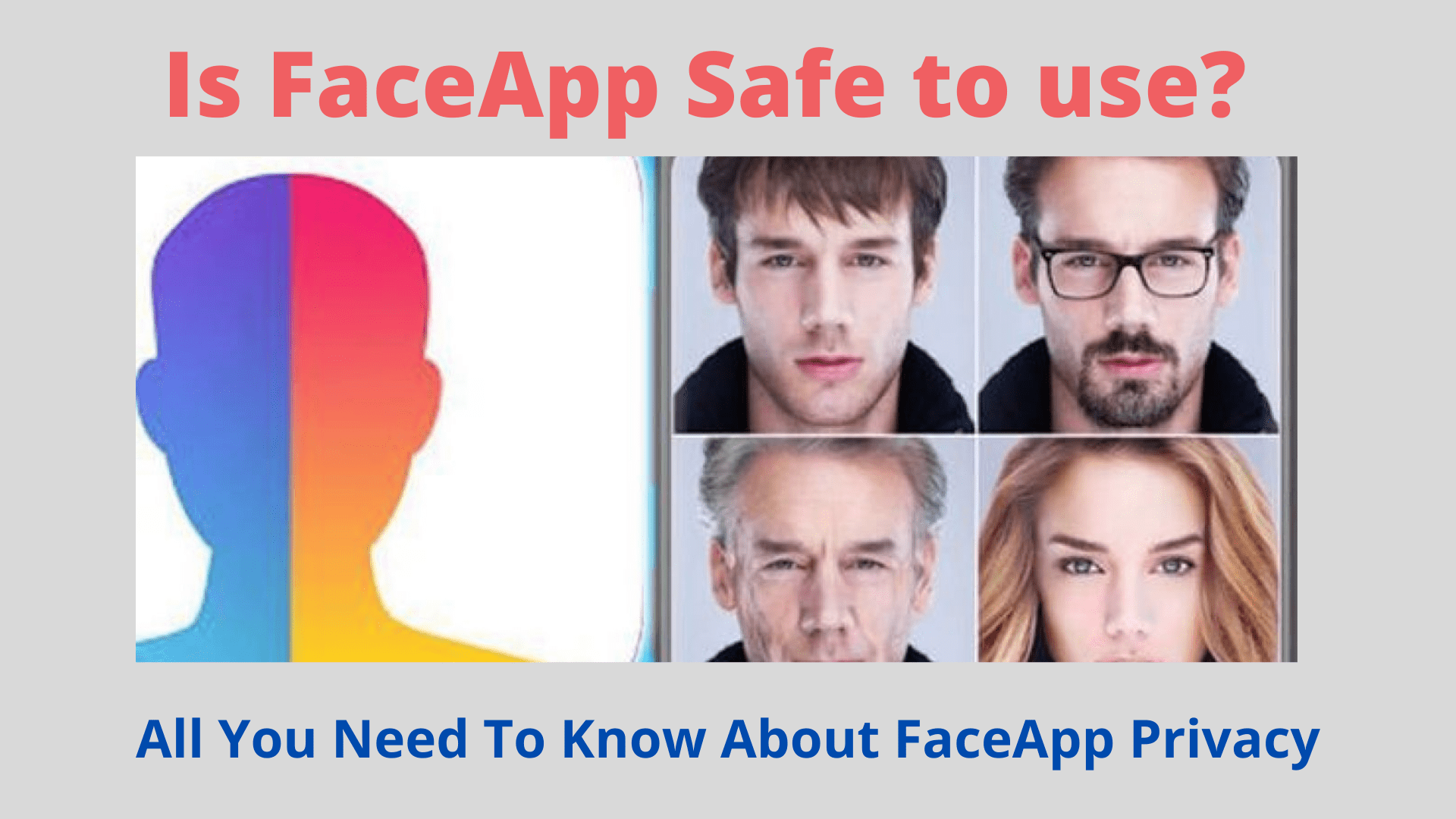 Are you using FcaeApp but worried about its security concerns? Is faceApp safe, the questions still arise in your mind? Last year, rumors or truth about FaceApp waved over the web with some privacy concerns. It’s about stealing data.  FaceApp has some features you would not find in any other apps. Today I am going to discuss All You Need To Know About FaceApp Privacy.

The apps are based out of Russia and concerns were raised about having access to potentially millions of photos. The app got viral in 2017 but caught in 2019, why so? Is the app really stealing your photo roll instead of a single pic? Alongwith privacy concerns, are there any security issues as well? As with the last viral moment, however, users have been amazed to learn that the app’s creators are accumulating metadata from their photos. Scroll down and know much information about the app.

Close research conducted to find out is FaceApp safe to use or not? And then the research suggested that FaceApp isn’t doing anything unusual in its code. There might be other apps on your phone doing the same thing.

What actually happens is, a user select a picture to be edited, The app then upload the picture to the server and start editing. now there are two concerns. One is not only the single pic but the whole photo roll is being uploaded on the server, which might be misused The other possibility is why the image is to be uploaded o the server? Why not it should remain on the photo to edit?

The theoretical and practical aspects…

The theoretical aspect of the app is that it does not upload photos anywhere and edit it on the server only.

Yaroslav Goncharov, an ex-Yandex exec and CEO of the Russian company that created the app, in an interview said that the photos uploaded to the app are cached on the company’s servers to save bandwidth if different filters are applied. The pictures get deleted after a short time of usage.

For more security and privacy, FaceApp said that it accepts the user’s request to delete data from the servers. The users can simply go to app settings > support -> report a bug with the word “privacy” in the subject line.

No one knows that if after requesting the FaceApp is actually deleting the data or not. Remember,  Every person uploads their pics here and there such as Google, Facebook, youtube, and may other apps for editing or uploading and sharing purposes. So wy questions raise on face app, why are people showing fingers towards face app? Because unlike Facebook and Google, faceApp is a Russia based app.

Moreover, it has been said by FaceAp that no data is being sent to Russia.

The privacy policy isn’t GDPR-compliant, Lawyer Elizabeth Potts Weinstein said. So, Another privacy concern is the broad language that allows it to use people’s usernames, names, and likeness for commercial purposes. But FaceApp says it does not sell user data to any third party.

Final verdict: Is FaceApp safe to use?

Is Faceapp safe? The answer is May or may not be! No rigid answer to this. There are not many privacy concerns with FaceApp but remember there are always trade-offs. A user must know that any uploads on the server may remain there for some time and many times users even do not know how their data is being utilized.

Before downloading an app, it is very important to go through its privacy policies in detail. Data on serves may be stored permanently or temporarily, no one knows for how much time either! Your safety is in your hands!