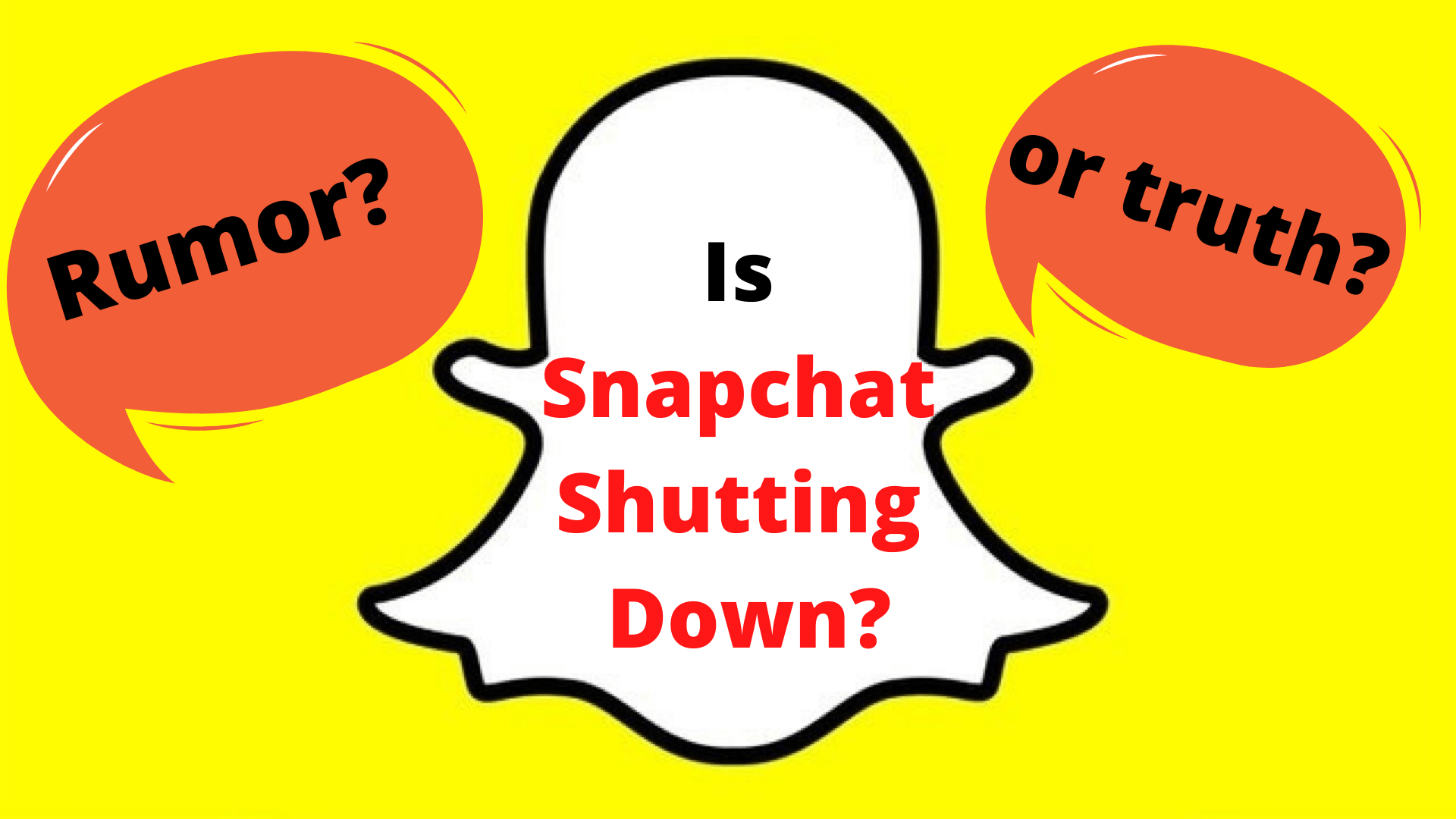 Snapchat, the home for many people, is shutting down! The Rumors are flying over the web, and making people disappoint thinking that Is Snapchat shutting down, really? Snapchat is loved by people and the owners of Snapchat are continuously getting requests on twitter “to not to close down the app”. This shows how popular Snapchat is! But are the rumors really true or these are just fake news. Scroll down to know more!

Snapchat is not only popular in young people but used by all age groups. Starting from its instant photoshop effects, to social media and instant messaging makes the app worth using. Snapchat is easy to use the platform, Click a shot, and send directly to your near and dear ones. Whatsapp, Hike, Snapchat are all photo-sharing apps, but why I like Snapchat is because of its real-time sharing of photoshopped pictures.

Before moving forward lets read a little about Snapchat First. Maybe we would get a clue!

Snap Inc. is a camera company that though of reinventing the idea the camera can be used. The purpose behind Snapchat is uniting people and provide them a new way for fun. The Snapchat is designed by Evan Spiegel, Bobby Murphy, and Reggie Brown and developed by Snap Inc. Till 2019, Snapchat has 190 million daily active users which are remarkable. Snapchat is a worldwide messaging app and its users are not limited to a single country. After gaining the huge popularity, why the app would shut down? Is there any possible reason? Do you still think Is Snapchat Shutting Down?

A fake news post has started rumoring around the web about shutting down Snapchat in December 2017 and nothing has happened such. According to Fox News Media Evan has decided to make this decision due to copyright and legal issues. The same kind of Rumor is still going around the internet and making people disappointed.

What could be the Other Possible Reason?

Snapchat was down a few days back and was not working for a few people. This makes users accept fake news and enforcing them to think that the news is correct.

But now the issue has been resolved and the app is working fine!

Redesigning may change the look and feel

Snapchat will undergo a redesign in the next few months.  According to the popular news website, the app is currently working on a new home for the Snap Map, as well as breaking news headlines that will reportedly pop up on a timely basis, in addition to their already-existing Discover Page.

The redesign will be the first in three years, and after the last update, the app lost over two percent of its users. The site claims Snapchat still isn’t profitable, and that it’s missing an entire market of older people. So, who knows? It might not continue running for much longer, depending on how well they continue to do.

So, What’s the Truth? Is Snapchat Shutting down?

Snapchat is not shutting down for now! Cheer up!

It’s just a rumor, not original news. Such kinds of rumors generated by fake news sites.

Hotstar Hostages Season 2: Everything you Need to Know

Hey Snapchat users! So, do you get the answer to is Snapchat shutting down?

I hope you would now be happy to know that Snapchat is not going to shut down now. In the pandemic time, Snapchat is one of the most used websites. Better to read about how to increase your Snapchat scores fast 😉

Share this news with your friends and family if they are worried too about this fake rumor.

Thanks for reading! Happy Snapping!