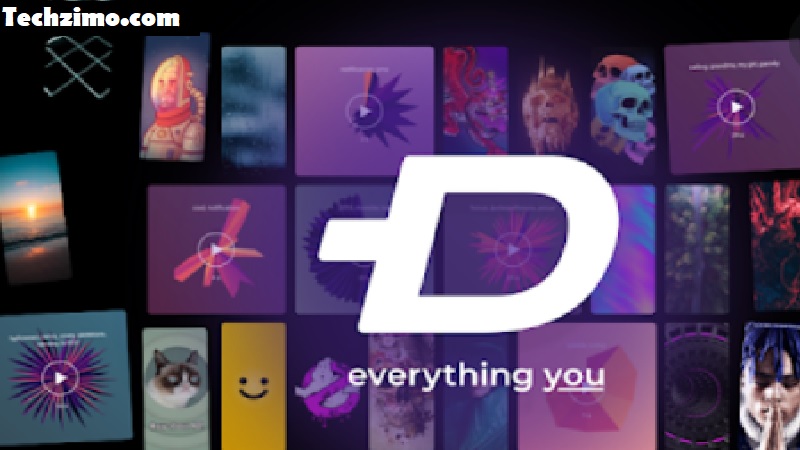 Is the Zedge ringtones app harmful?? Recently, the Zedge app has been removed by the Google Play store. The reasons are still unknown to many ones. But many users are doubting its security. Some are saying that “It may be harmful” That’s why the Play store has taken this step. Although the makers of the app have also come forward and they are saying that the removal of the app is due to some bug and devs are working restlessly in the direction to remove all bugs.

A lot of people have been wondering if Zedge Ringtones App is safe to download, and the answer is yes. This app has plenty of features that are user-friendly and easy to use. Downloading this app will allow you to customize your phone with a variety of ringtones, wallpapers, and games!

Now you must be thinking that “Is Zedge harmful”. As internet is also flooded by multiple users with similar questions like “Should we use Zedge app or not”, “Is Zedge app safe or not?”. If you are also one of them, then lucky you are, You have landed at the right place. Just keep scrolling and discover everything here.

Although Zedge is a legitimate app for Android, iOS, and Windows smartphones.

Moreover, till now the app has caused no harm to any users. It is in fact a most fascinating app which has a huge massive fan following among users.

What is the safest ringtone app?

I’m going to share my favorite app with you! It’s called “Zedge Ringtones” and it is a free ringtone app. You can record your own voice, download from the library of sounds or create your own custom tones. I’ve been using this app for years and I love how many new features they are adding all the time!

People use Zedge to make their smartphones more personal; to express their emotions, tastes, and interests using wallpapers, ringtones, and more.

Nintendo Switch Mario Blue & Red Edition: Features, where to buy and all details

However, the origins of the “bug” that has led to the removal of Zedge from the Play Store is unknown, so could it be something hazardous? The answer is “probably not”. If actual malware has been found in the app, the devs would have probably mentioned it in their Twitter statement. Isn’t it?

Initially, the makers were unable to recognize the bug as harmful stuff. The most possible reason could be its security filters that were recently updated by the makers.

Zedge not only allows you to enjoy millions of wallpapers, ringtones, images and sounds but if you are its premium member then it has a lot more to offer to you. You can check out the profiles of popular creators.

Let us know more about its amazing features that come bundled with its Zedge premium subscription.

So if there was ever a reported case of malware in the app itself, then it was not intended by the developers. Users were still unaware though about the real reason for its removal back in 2019.

It was claimed by many users that the bug found was malware that’s why it raised unflagged. And users get a warning message that this app attacks computers and other devices, so people start uninstalling it. But the exact reason is still unknown to many users.

Now if sources have to be believed then they say that the app was initially allowing only Google ad platforms for revenue generation but now it has started allowing third-party ads also which are definitely not safe and cause any type of bug or malware. Google Adsense is the safest way to have ads and generate revenue. But the app in order to get more ads and revenue, started allowing third party ad providers too, so this could be the biggest reason behind this malware.

Not only this, In fact, many claimed that the Zedge website and app, both are filled with spyware. Now you must be thinking that what is spyware, right? Actually, Spywares are the programs that are intended to sit silently without getting any attention and observing everything on your device and it leaks out your personal data in the background and you will never know that your data has been stolen as it will never get noticed, But is definitely not safe as our devices Usually contains sensitive stuff that you can’t afford to share with anyone, right?

Lastly, the permissions it takes for using the app from the users are completely unacceptable. It asks for the rights to modify your device settings. It can read or modify your file storage data. Which is obscure and not acceptable, right?

Now you must be confused, Is Zedge harmful or not? Well, this question can’t be answered with any certainty. As there are multiple reasons for which it can be doubted. So, if my point of view has to be taken, then I will definitely not recommend this app to use further. As I found many things in the app as discussed above which are unacceptable and can’t be taken further. Otherwise, it is now completely up to you whether you want to go with it or not. Right now, this app has been removed from the play store. So whenever it will be available there again, the users who still want to install the app can do so from there.