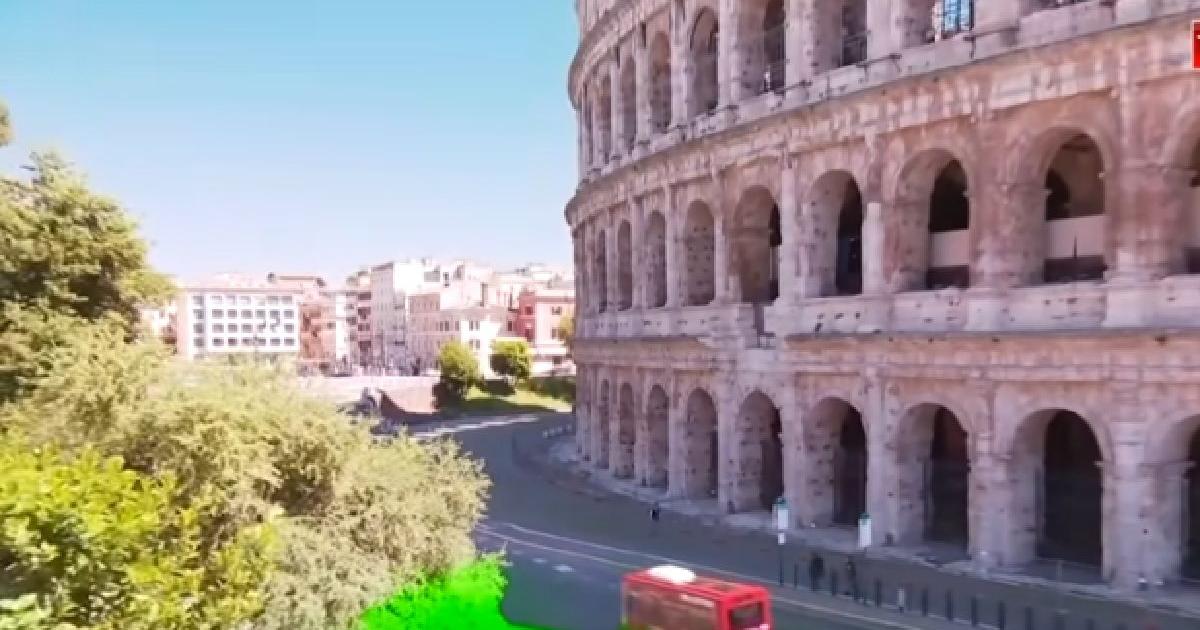 Italy has made a remarkable recovery in its attempt to control the Coronavirus outbreak. The death toll crossed the 30,000 mark and it was the first European country to impose strict measures in early March. That was when it became the first nation outside Asia to be in the grip of the severe pandemic. At one stage, the country had the highest toll in Europe. However, it has managed to control the deaths which are now on the decline. That has encouraged Prime Minister Giuseppe Conte to announce that there will be easing of lockdown in phases. First will be the restaurants and coffee bars that could reopen next week.

Then will come Travel in and out of the country next month. In the final phase, ban on foreign travel would end on 3 June.

Sky News says tourism is the backbone of economy of Italy. It is a major travel destination with its historical monuments and exotic landscapes including the gondolas of Venice. The sudden arrival of coronavirus devastated the country. The authorities took preventive measures and succeeded in putting a leash on the death toll. It began to lift restrictions gradually. On May 4, it permitted factories and parks to reopen. The next step would be to reopen hairdressers, coffee bars and restaurants provided they are in a position to guarantee social distancing.

It is a bold step taken by Italy

Prime Minister Giuseppe Conte is keen to revive the tourism industry that has taken a severe beating at the hands of coronavirus. It originated in China and it has spread like wildfire leaving behind a trail of death. The prime minister of Italy wants to make best use of the forthcoming summer vacation and bring the industry back on track.

He has already made a time bound program to open the doors to tourists by June 3 and confirmed that quarantine period would not be applicable to those arriving from an EU country. This would not apply to the Lombardy region. It can take its decision to reopen.

The Italian government announces that it will open its borders next month, effectively ending Europe’s longest and strictest coronavirus lockdown in a bid to revive a decimated tourist industry. https://t.co/H4lMTsp4Do

Sky News mentions that Italy has managed to ensure reduced number of deaths from the virus.

The government has fine-tuned some requirement and wants records of patrons to be preserved for at least two weeks. Another recommendation is for introducing disposable or electronic menus. That will reduce possible human contact. For Italy, the reopening of its doors to foreign travel could provide a much needed boost to the country’s road to recovery. However, the health authorities will be monitoring the situation on a continuous basis to ensure all round safety.

According to The BBC, there were more than 900 deaths on March 27, but it has gone down to just 153 in the past 24 hours. That has influenced Italy to think about ease of lockdown. PM Giuseppe Conte admits he is taking a “calculated risk.” He is frank when he says “the contagion curve” could rise again.

However, his country could not afford to wait for a vaccine. Easing of lockdown will be a gradual process directed towards reactivating the economy after more than two months of being idle. His decision is probably because the infection rate has fallen sharply in recent days. He explained that delay would pose problems and could have adverse effect on the economic and social structure. Catholic churches will resume service and must adhere to norms of social distancing and worshippers must wear facemasks. There will be permission for religious services for other faiths.

Coronavirus had put Italy on the back foot

The sudden appearance of coronavirus has devastated the social fabric and it gave rise to new concepts of life.

One of these is social distancing that has made a normal act like the handshake taboo. Italy is a popular travel option for many but the coronavirus lockdown disturbed the travel plans of tourists. The authorities are now trying to revive its tourism sector because that is the base of its economy. Incidentally, former US President Barack Obama had come to Italy to enjoy his retirement and play golf.