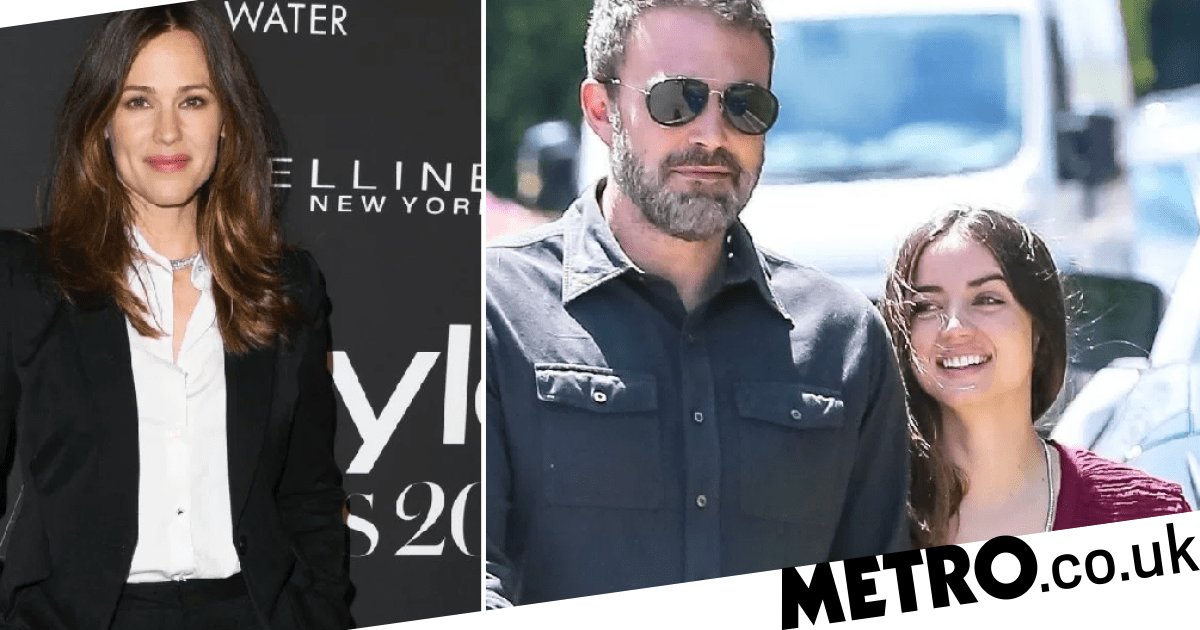 The former couple, who share children Violet, Seraphina and Samuel together, split in 2015, after a 10-year marriage.

But they have always stayed close for the sake of their little ones.

And the 48-year-old is said to be pleased that her ex-husband, 47, is in a ‘good and healthy’ place with the Bond star.

‘Although it’s sad in a way to see him move on and be so happy, she is ultimately happy that he is happy and in a good and healthy place with his life,’ an insider claimed.

‘That’s what she ultimately wants for the father of her kids.’

They also told Us Weekly the pair ‘have worked hard to get in a good place with each other.’

Following his split from Jennifer, the Batman actor was linked to a string of famous faces, including Saturday Night Live producer Lindsay Shookus and model Shauna Sexton.

He connected with 32-year-old Ana on the set of their upcoming film Deep Water – with the couple spotted looking cosy in Havana before they finally made their romance Instagram official at the end of last month.

And a source dished to the publication that the Knives Out actress ‘admires’ the way Ben and Jennifer co-parent their three children.

‘[Ana] thinks Ben is such a sweet and nice guy. [She] admires how he juggles so much between work, his kids and co-parenting with Jen,’ they said.

The Town actor currently ‘splits his time [between Ana and his family] and, as always, the kids are the most important thing in his life’.

However, they added that the Hollywood star ‘always makes sure he has time for [Ana] and that she is number one’.

MORE: The Masked Singer US: Guesses for the final three contestants Turtle, Night Angel and Frog