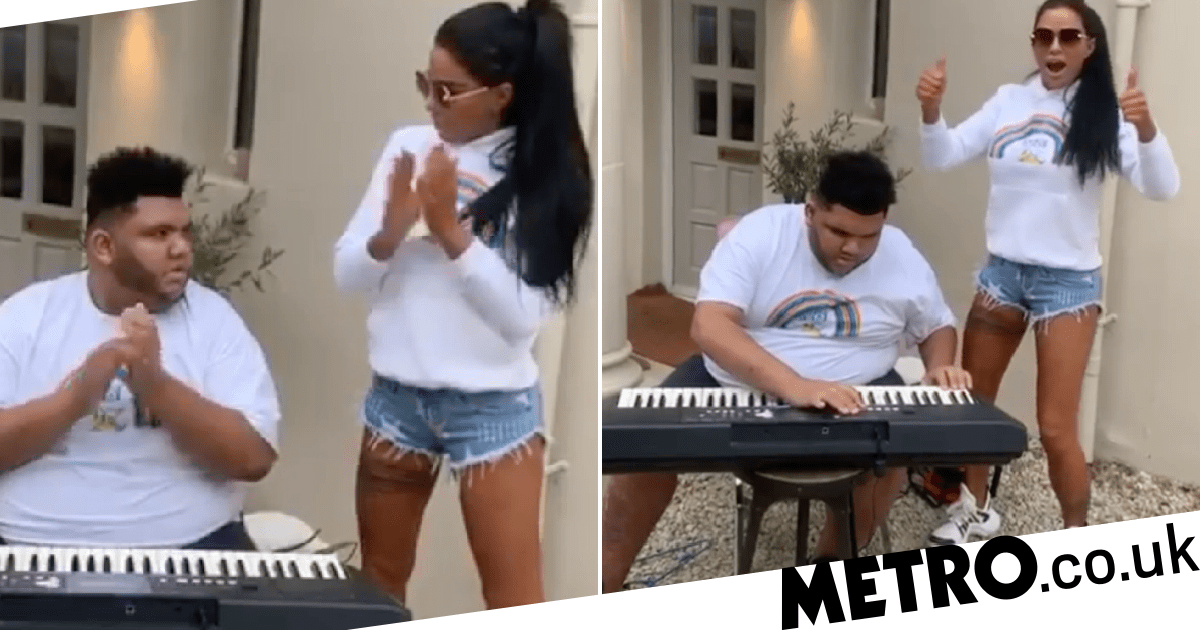 Katie Price shared a sweet video as she joined in the Clap For Carers initiative, alongside son Harvey.

The 41-year-old was every inch the proud mum as she unveiled the teenager’s rendition of We Are The Champions, dedicated to NHS staff.

In the clip, the pair could be seen wearing matching tops in front of their home while they celebrated the the efforts of those on the frontline.

‘What time is it? Clap for the carers. Everyone on the frontline still doing a good job,’ the mum-of-five said.

‘You’ve done a song for them haven’t you Harv? Do you want to play it?’

As the 17-year-old performed on the keyboard, the I’m A Celebrity star could be seen swaying along for encouragement.

‘#ClapForCarers Harvey and I showing our appreciation this evening for all the incredible key workers keeping our country going,’ she wrote alongside the video.

‘100% of profits going to NHS charities and Cavell Nurses’ Trust (@cavell_nt ), which helps working and retired nurses, midwives and healthcare assistants who are suffering personal or financial hardship.

‘Please help us raise much needed funds for the NHS and Nurses Trust by getting yours now from www.teejunkie.com.

Sliding into the comments, she added: ‘Thanks so much for all the lovely comments everyone!

‘I’m so happy that my talented Harvey has made so many people smile at what is a difficult time. He was so excited when I showed him loads of these.’

As well as his song, Harvey designed a frog-themed t-shirt in a bid to raise money for the NHS.

And he has raised around £12,000 with his incredible effort.

Sharing her pride in a chat with the Sun, Katie said: ‘I am so proud of him! Harvey loves to draw – this is Harvey doing his bit for the NHS; the doctors and nurses have been there for Harvey from the day he was born.

‘Without them he wouldn’t be where he is today – he’s already got loads of new designs ready to go!’

We can’t wait to see them!

MORE: Tony Slattery recalls taking 10 grams of cocaine a day as he seeks treatment for alcohol: ‘I’d like to not be a slave to these impulses’