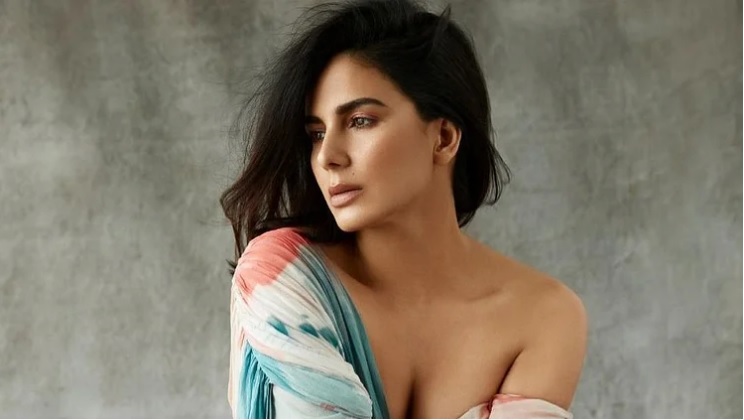 Actress Kirti Kulhari issued a statement that she is separating from he husband Saahil. She said it is our mutual decision.

On Thursday, Kirti took her Instagram Account to inform all her fans. She wrote We mutually decided to separate, “not on paper but in life,”.

“A simple note to let everyone know that my husband Saahil and I have decided to separate. Not on papers, but in life. A decision that’s probably harder than the decision of “being with somebody”, because coming together is celebrated by everyone you love and care about,” she wrote 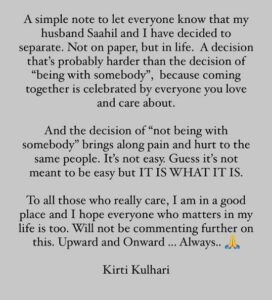 Criminal Justice: Season 2 star adds that taking this hard decision is really painful. “To all those who really care, I am in a good place and I hope everyone who matters in my life is too. I Will not be commenting further on this. Upward and Onward…Always…Kirti Kulhari.”

Both tied the knot on June 16. After four years, the duo decided to part ways.

Kirti Kulhai has worked in many movies like Pink, Uri: The Surgical Strike, Blackmail, and Mission Mangal. She got fame from her web series- Four More Shots Please.

Last year, In an interview she said that her career is affected due to her marriage.

She is currently filming for the third season of her web series Four More Shots Please and Vipul Shah’s Human.

Many of Kirti’s friends upheld her decision.  Amrita Puri wrote that she is really so brave and honest announcing this on social media, while actor Divya Dutta commented, ‘Big hug to u my gal’.