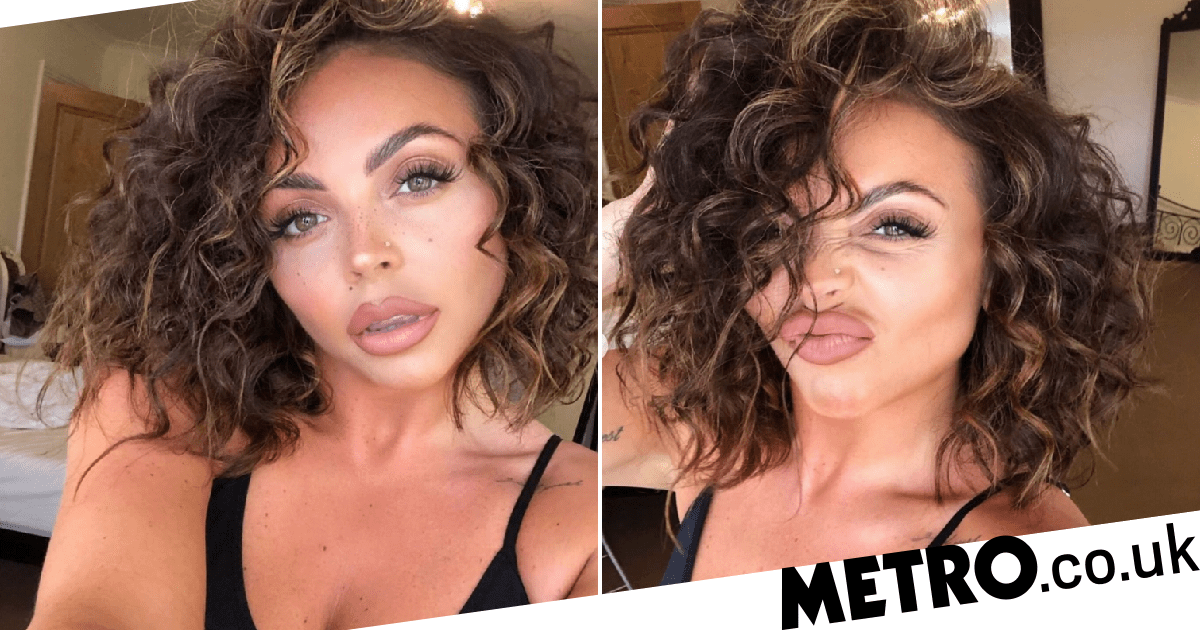 The Little Mix star has blessed us all with a snap as she unleashed her natural curly locks on social media, and no one can cope.

Taking to Instagram, the Break Up Song singer posed for the camera, before ruffling her hair for another snap.

She captioned the upload: ’What we feeling about the natural barnet?? Does she stay’.

And fans were all for her new look, with one replying: ‘I’m obsessed with your natural hair.’

A follower slid into the comments, penning: ’I lovee ur natural hair omg (sic),’ as another wrote: ‘It’s so stunning omg.’

While bandmate Leigh-Anne Pinnock branded her a ‘dream’.

Jesy’s upload comes after she opened up about being affected by vile trolls – admitting she would cancel shows because she was terrified of people looking at her.

The 28-year-old won awards for her incredible BBC Three film, where she bravely discussed the comments she received soon after stepping into the public eye on X Factor.

During an appearance on Loose Women, she revealed there were times she couldn’t face appearing in front of Little Mix fans.

’There was so many times when I would cancel shows because I couldn’t bear people looking at me.’

Speaking about the documentary, she explained that it almost didn’t get finished, adding: ’No one knew about this and that’s why I didn’t speak about it for such a long time because I just kept thinking, “If I keep talking about this, it’s never going to go away.”

‘But what I learned was that by not talking about it made it a lot worse for me.

‘There was a point halfway through filming when I messaged my friend, Adam the director, and I said, “I don’t want to do this anymore.” I was just terrified, I was so scared it would be 10 times worse when it came out.

‘I think it’s opened up a lot of peoples’ eyes and people are a lot more aware of what [trolling] can do to someone’s mental health.’

MORE: Tiger King’s Dillon Passage and Too Hot To Hande’s Harry Jowsey unite for the crossover we didn’t know we needed