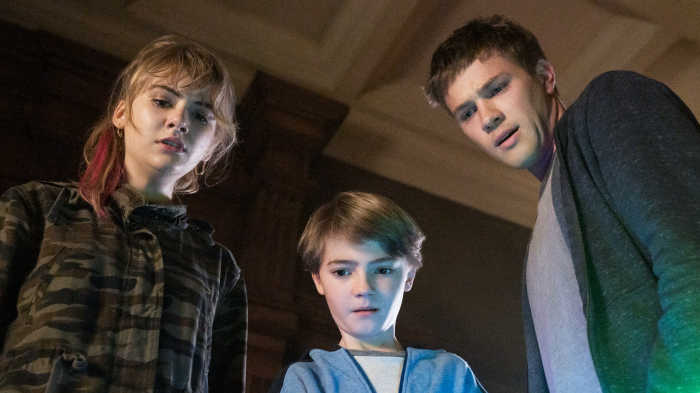 “Locke & Key” is officially coming back for a second season.

Netflix has renewed the supernatural horror drama, which debuted in Feb. after more than a decade in development at both Hulu and Netflix.

The series is based on the IDW Publishing comic book franchise of the same name by Joe Hill and Gabriel Rodriguez. It revolves around three siblings, Tyler (Connor Jessup), Kinsey (Emilia Jones) and Bode (Jackson Robert Scott), who, after the gruesome murder of their father, move to their ancestral home in Massachusetts only to find the house has magical keys that give them a vast array of powers and abilities. Little do they know, a devious demon also wants the keys, and will stop at nothing to attain them.

“We are thrilled to be continuing the journey of ‘Locke & Key’ alongside all of our amazing collaborators,” co-showrunners Carlton Cuse and Meredith Averill said in a statement. “We are grateful to Netflix for all their support, especially at this difficult time, and look forward to bringing you the exciting next chapter of our story.”

Precisely when the show will return for season 2 is up in the air, given that production on the vast majority of shows has ground to a halt due to the coronavirus pandemic.

“‘Locke & Key’ captivated audiences around the world at every twist and turn,” added Netflix vice president of originals Brian Wright. “We are so proud to have been part of this show and can’t wait to see all that Carlton Cuse, Meredith Averill, and the entire creative team have in store for season two.”