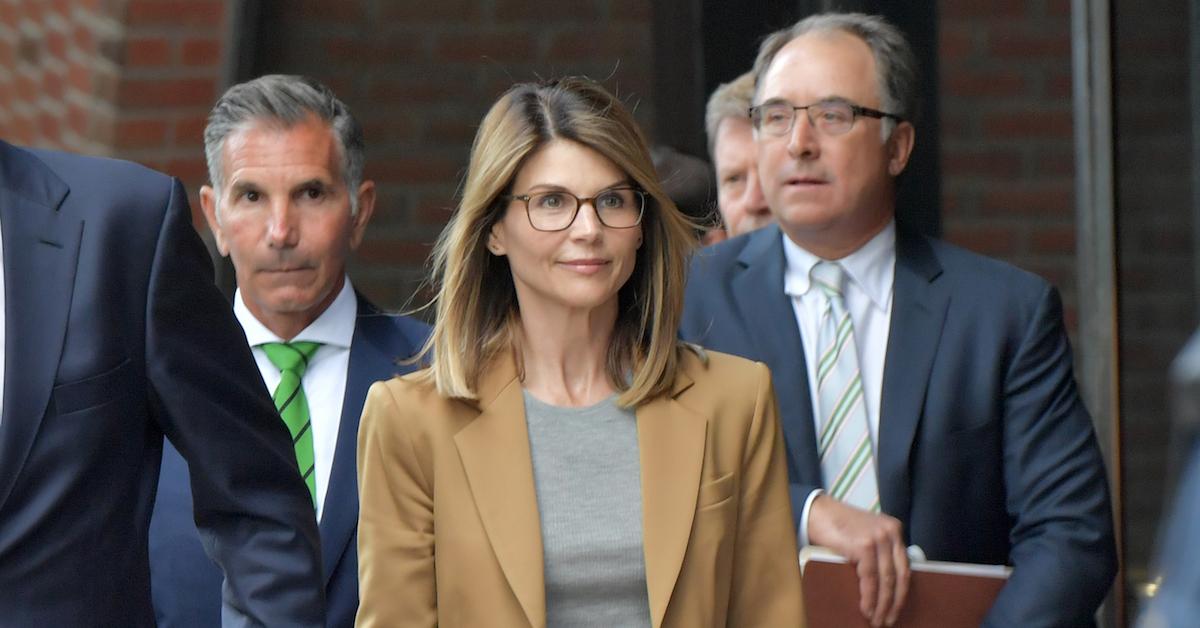 On Thursday, May 21, Lori Loughlin came to a plea agreement in the famous college admissions scandal, which means she and her husband will be facing jail time.

Unlike many of the 50 individuals accused of using bribery and fraud to get their children accepted to some of the nation’s top universities, the Fuller House star and her husband, Mossimo Giannulli, did not immediately plea guilty to the charges

As a result, the couple combatted a slew of additional charges of mail fraud and money laundering conspiracy. Scroll down for the latest details on Lori’s case and what sort of jail time the actress is looking at.

Prosecutors finally came to a plea agreement, and Lori will be serving jail time.

The 54-year-old initially faced up to 40 years in prison, however, according to CNN, Lori will be spending two months in prison, while Mossimo is facing five months. The mother-of-two and her fashion designer husband are guilty of paying $500,000 to get their daughters, Isabella Rose and Olivia Jade, into the University of Southern California.

The scam’s mastermind, William Singer, misrepresented the girls as crew team recruits in order to ensure their admittance.

Lori and Mossimo previously rejected a plea agreement because it apparently included jail time, but it was lowered tremendously.

“They decided to roll the dice and it may have been a bad gamble,” a legal source told People in April. “[The prosecutors] are saying that the only way anyone’s going to escape jail time is if they go to trial and are found not guilty. But [prosecutors also say] they have such meticulous evidence that it would be foolish to take that risk.”

The trial lasted quite a while.

The former When Calls the Heart star kept an incredibly low profile as she awaited trial. She posted a $1 million bail bond shortly after her arrest on March 13. Sources said Lori took the situation very seriously, but she was in total denial if she were to be convicted.

“Lori in particular has become extremely well-versed in the case,” an insider had told People. “She’s an active participant in her own defense, feels like she’s got a valid defense, and that when all the evidence comes out, she won’t be found guilty.”

At the time, the insider added, “She isn’t working, and her whole life focus has changed drastically. It consists of waiting around for the next court date and planning her legal defense.”

Another source shared that the New York native believes going to trial might actually help repair her reputation. “Lori feels like so much damage has been done publicly that the only way for her to counter it is to fight this case in court.”

The source insisted that Lori and her husband never intended to do anything illegal. “When you look at it in context, you can argue that this is a woman who didn’t understand exactly what she was doing — and she was being counseled and guided by a man [William Singer] who this was his area of expertise.”

Despite claims that Lori didn’t fully grasp what was happening, a series of incriminating emails show the actress’ eagerness to see her daughters accepted to USC despite their mediocre academic qualifications.

Needless to say, we never thought Aunt Becky would be spending time behind bars.