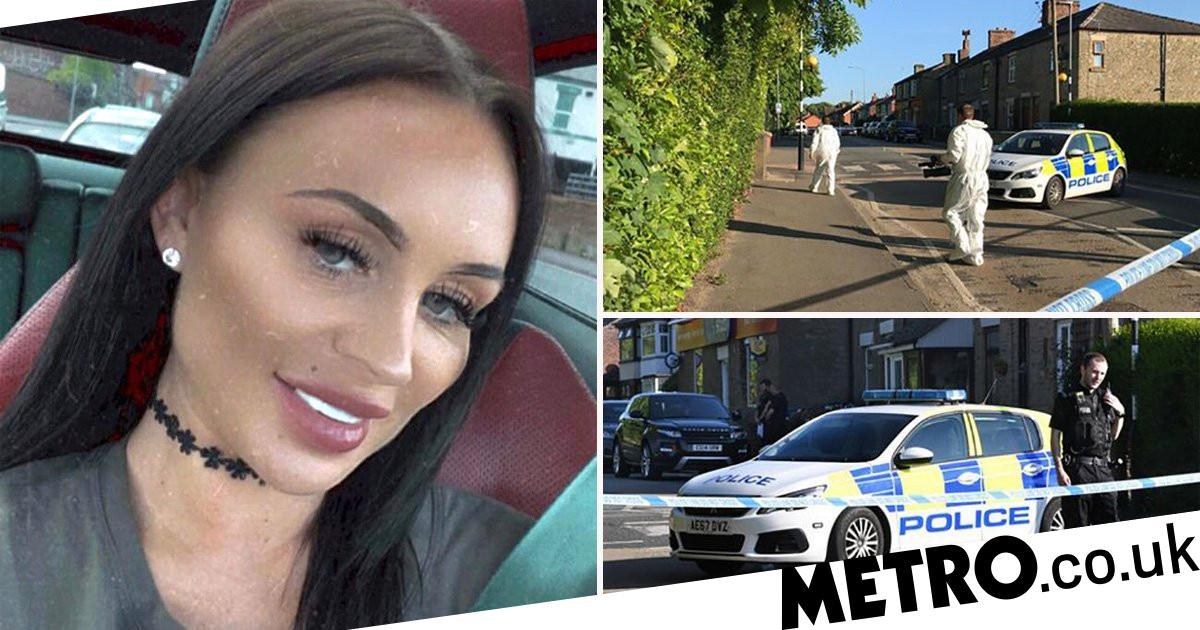 Heartbroken friends and family have paid tribute to a ‘lovely and caring’ mum who was killed in a double stabbing.

Beautician Melissa Belshaw, 32, suffered ‘catastrophic’ injuries when she was knifed at her home in Wigan on Wednesday afternoon.

Police said a man in his 40s, thought to be a neighbour, was also seriously wounded after trying to intervene during the attack in Upholland Road shortly after 4pm. A 36-year-old man was arrested on suspicion of murder and attempted murder.

Ms Belshaw’s devastated stepmum, Lisa Belshaw, said she was ‘lovely’, adding: ‘She is going to be so sadly missed.

‘I got a phone call saying a man had gone into her house and stabbed her. I had no idea she had died until I read it on Facebook.’

For all the latest news and updates on Coronavirus, click here.

She told Manchester Evening News: ‘She had a good heart. She was so outgoing and was always smiling and loved a good time.

‘When we used to go parties, Melissa was always the one trying make everybody laugh.’

‘Someone told me what had happened and I did not believe it so I rang her, but her phone was off.

‘I just broke down in tears when I found out. I have lost a good friend and I am going to miss her so much.’

Police say they believe it to have been an ‘isolated’ attack.

A witness said he saw two men fighting next to the One Stop shop nearby.

He said: ‘They both fell into the middle of the road. I had to swerve around them.

‘The man on top looked to be trying to stab the man on the floor with a large knife. By the time I had passed police were at the scene.’

Detective Superintendent Jamie Daniels, said: ‘Our thoughts are with the lady’s loved ones after this absolutely tragic incident. We will offer them full support and do all that we can to provide them with much-deserved answers.

‘Our thoughts also remain with the man who is currently in hospital and receiving treatment. Our specially-trained officers will continue to support his family at this difficult time.

‘Clearly this investigation is in its very early stages and we are working to ensure that we follow every line of inquiry.

‘We understand that this news will likely cause concern among the local community but I would like to stress that at this stage we do believe this to be an isolated incident’.

He added: ‘I would also urge anyone with information to please get in contact with us as even the smallest detail could progress our investigation significantly.’