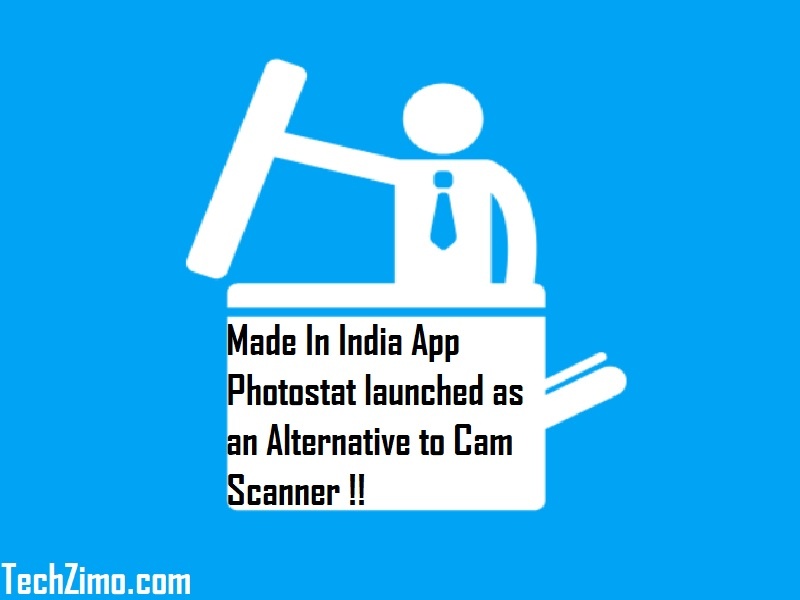 A major step was taken by the Indian government by banning Chinese apps in late June and once again some apps have been banned.

However, many Chinese apps were used by crores of users in India, who are looking for alternatives. One such popular app was CamScanner, with the help of which PDF files could be created by scanning them from the phone’s camera and shared as documents.

Now its best ‘Made in India’ option Photostat app has come.

Many such features are also being found in the new photostat app, which was not being given in cam scanners.

Offering a wide range of features, this app is considered to be the best ‘Made in India’ option for scanning documents. This app has been prepared by Sandeep Hudkasia’s team and it is completely safe. In this app, no watermark is visible on the documents and it is 100 percent free. This means that no ads in the app are shown to the user while using.

How To Use In Hindi?

Scanned documents can also be arranged in different folders in this app with a size of about 37 MB. It also has four color filters and the app has got ratings of over 4.8 on the Play Store.

Google launched “people cards” in India: How to make your people cards on Google?