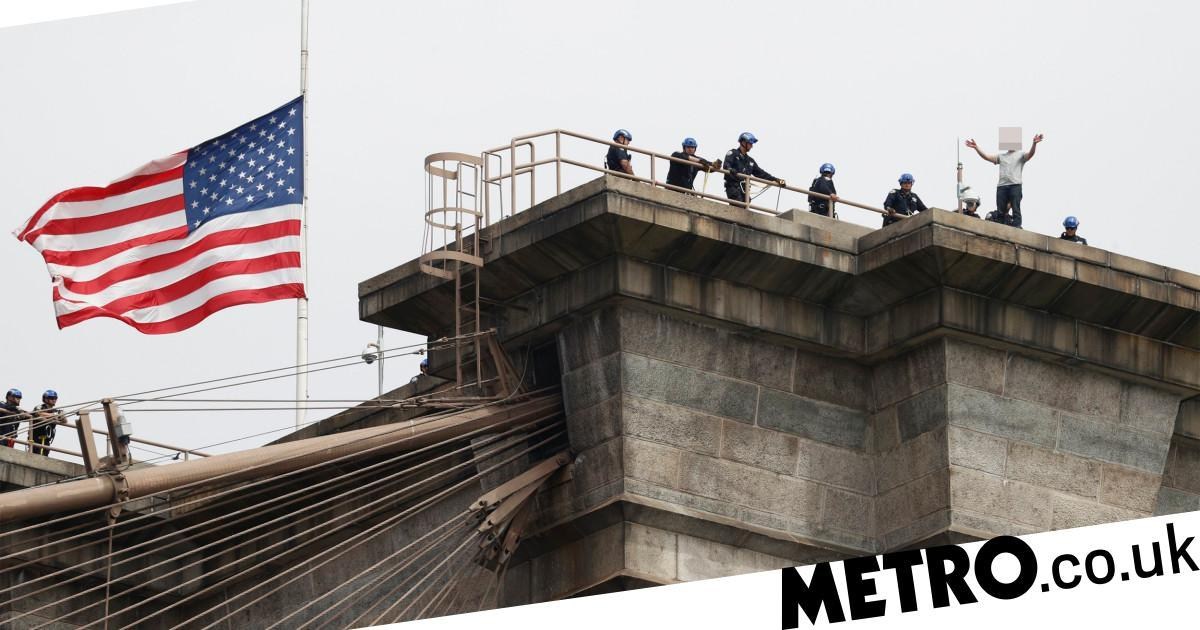 A man was reportedly rescued after climbing to the top of the Brooklyn Bridge and threatening to jump.

The individual, believed to be in his 30s, scaled the steel-wire suspension bridge just before 12pm on Friday, officials from the New York Police Department said.

He remained atop for three hours, with around a dozen police attempting to coax him down, the New York Post reports.

Officers used their ‘negotiating skills’ to convince the man to voluntarily come down at around 3 p.m, Lt. Michael Licitra from the NYPD’s Emergency Services Unit said.

He was then taken to hospital for a psychiatric evaluation.

The famous tourist site was closed in both directions during the incident.

It comes after another man was talked out of jumping from the Brooklyn Bridge by a motorist in December.

A video online showed the driver shouting: ‘Boss, walk back! It’s not worth your life! Get off the bridge!’

He continued to yell: ‘You can change anything in your life! Anything! It’s not worth it! Turn around, bro!’

The man was taken into custody by police and a civilian and transported to Mount Sinai Beth Israel Hospital for treatment, an NYPD spokeswoman later confirmed.