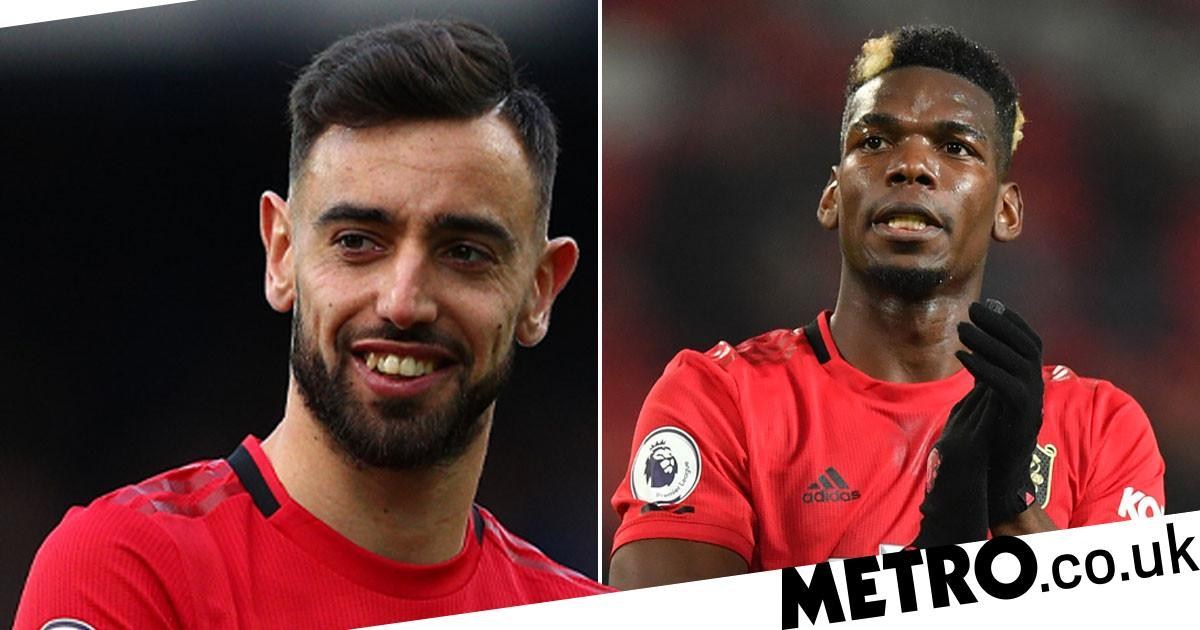 It’s been a long time coming for Manchester United fans but supporters finally got the chance to see Paul Pogba and Bruno Fernandes in action together this week.

Fernandes, 25, has revived United’s season since his £47million arrival from Sporting Lisbon in January and the Red Devils were on a 11-match unbeaten run before the pandemic brought an abrupt halt to the season.

If there’s a silver lining to the suspension of the campaign for Ole Gunnar Solskjaer. it’s that the Norwegian will have Pogba and Marcus Rashford to call upon once the season resumes.

Pogba has made just two appearances for United since September and Fernandes’ arrival went a long way to filling the gap left by the Frenchman in midfield.

However, United fans have had to be patient to see the two in action together.

Thankfully for them, that wait came to an end on Tuesday as Fernandes and Pogba were paired together in a group of five for a training session at Carrington for the first time.

The thought of Fernandes and Pogba together in the same midfield has certainly given supporters reason to be optimistic for the future and it looks like the two players have hit it off immediately.

Fernandes took to his Instagram after the training session and though he was in a series of photos captured by the club’s official photographers, he uploaded just one to his social media of himself and Pogba.

The Portuguese tagged Pogba in the post and simply captioned it ‘PP’, which is the Frenchman’s official brand name.

United hope to resume full training in the next week as the Premier League hope to be given a concrete date for the resumption of the season.

The Premier League had been targeting a restart date of June 12th but it could be pushed back as it’s dependent on the rate of death and new cases in the UK continuing to trend down.