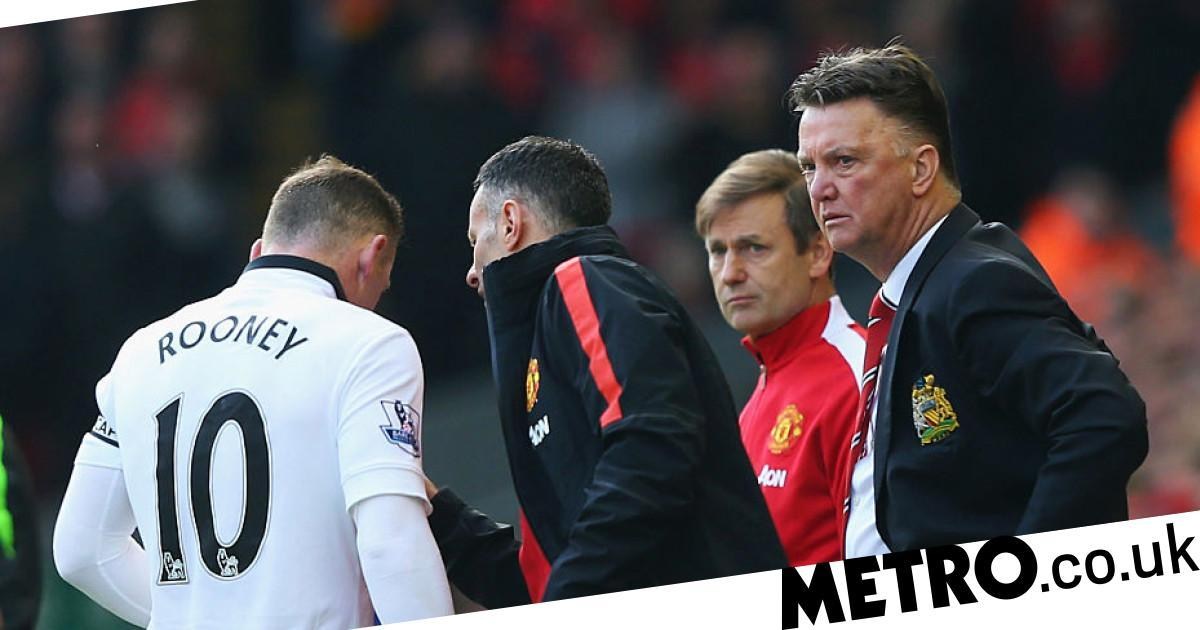 Wayne Rooney made the surprising claim last week that he learned more from Louis van Gaal than he did from Sir Alex Ferguson at Manchester United, but Ryan Giggs can absolutely see where he is coming from.

Van Gaal had two seasons in charge at Old Trafford, from 2014-16, when he had Rooney as a player and Giggs as a coach.

The spell produced an FA Cup win, but Van Gaal was dismissed and replaced by Jose Mourinho in 2016, which Rooney believes was a mistake.

‘For me, it was an absolute joy to work with him. We should have kept him for a third season. We would have been so much stronger,’ Rooney is quoted in the Mirror from new book LVG – The Manager and the Total Person.

‘I felt things were improving and players started to understand his vision. In those two years I learned more than under any other manager.

‘This is why I will be forever grateful to him. Not just for making me captain, but also for all the trust and belief he had in me.’

Having played under Ferguson for nine seasons, it might seem a dig at the Scot to say he learned more in two years under the Dutchman, but Giggs understands Rooney’s feeling.

The Wales boss is a disciple of Fergie, but understands that Van Gaal was much more active in terms of changing tactics and creating complex gameplans than Ferguson ever was.

‘I understand what Wayne was saying,’ Giggs told MUTV Group Chat. ‘Obviously we both worked under Sir Alex. I’ve known Sir Alex since I was 13.

‘He had everything, man management, discipline, standards, tactics, knowing a player. But with the manager, with Sir Alex it was a lot of we had such good players, and a lot of players who had been together you just go out and just play you knew your role it was a matter of just tweaking it

‘With Louis it was probably the opposite. We played different systems at United. Under Sir Alex we probably more or less played one system and we’d tweak it. I can’t ever remember playing three at the back. Maybe once or twice if we need to hold on. But other than that we didn’t.

‘There was actually an understanding of different ways to play.

‘So I understand what Wayne was saying because Louis worked a lot more on the training pitch with regards to patterns of play and tactical work and he came from Holland with an international background to actually taking that into club football so a lot of meetings, players felt sometimes too many but with Sir Alex it was quite simple

‘I’m not saying we didn’t have meetings, of course we did but we had such good players that the manager would just have to tell them once and it would just be a little tweak here. You know Park go and mark Pirlo or something like that to stop a team playing and Ji would do it and do it brilliantly.

‘So I know what Wayne meant with regards to we’ve learned a lot under Louis.’

MORE: Wayne Rooney names the Manchester United star that was as important as Cristiano Ronaldo