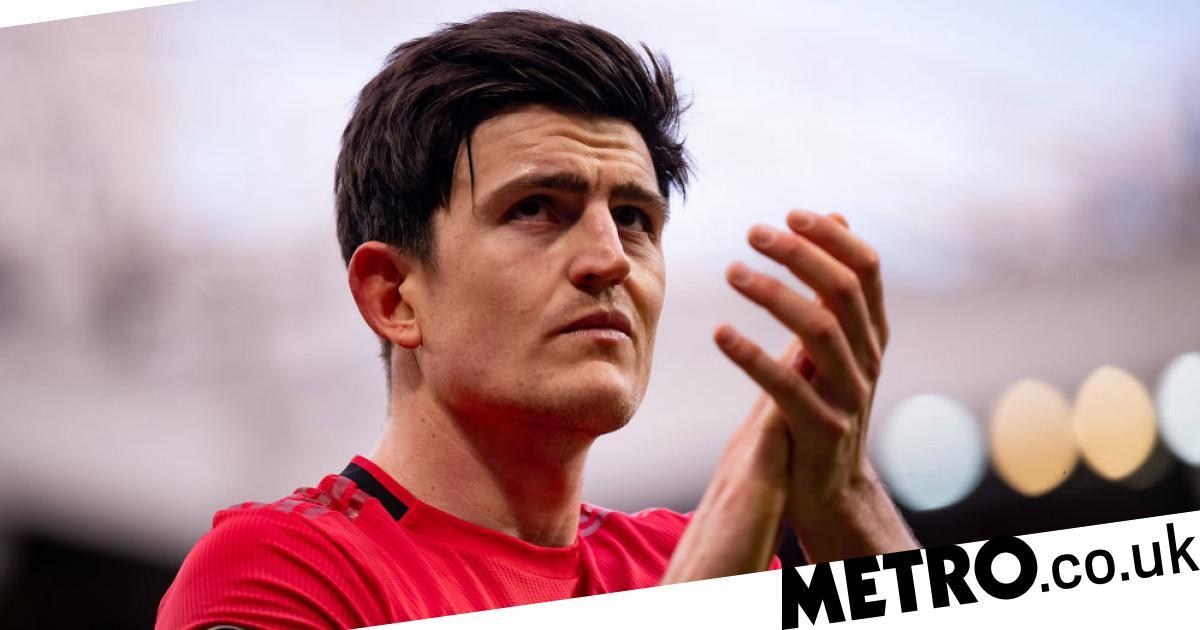 Harry Maguire says that Manchester United’s new training regime is strange, but has praised the safe environment that has been set up and is pleased to have the boots back on after the coronavirus hiatus.

The Red Devils are back in training but not as they know it, working in small groups and observing social distancing practices as they adapt to the new health and safety measures.

Maguire admits that it is very unusual for players to be training in an entirely different way to how they have been for their whole careers, but it is a good base to build on as they work back to fitness, and hopefully a Premier League return.

Working in small groups and in specific time slots, there is little ball work, but more a focus on physical preparation.

‘There’s slots all the way throughout the day, so some people will be in in the afternoon,’ Maguire told Manchester United’s official website. ‘There’s slots, I think every 30 minutes we have a different slot and each slot is taken by a different coach at the club. It’s obviously strange and something that we’re not used to, but at the moment it’s just getting the base fitness, the physical fitness and I think it’s good mentally as well to come into the training ground and get used to the surroundings again.

‘We’re not in the normal training ground building, so we’re not in our own changing rooms. It’s literally we get to the training ground, we put our boots on, we go out on the field, we get in our cars and we drive home, so it’s more just getting the physical work in. .

‘The socialising isn’t really there, so there’s no banter between the lads which I’m sure the lads are missing. But it’s nice to get the boots back on, put the training kit back on and get the balls out.’

Speaking on Wednesday, Maguire went into detail on what exactly the squad have been getting up to on the training pitch.

‘Today we had a good warm-up, getting the joints moving again and good stretching,’ continued the United captain. ‘The last thing we want is to get injures so early on into building our fitness back up.

‘We had a dribble track, where we were working around it continuously for two minutes. We did three blocks of that. We did a couple of passing drills, keeping a large distance between the lads. And we finished with some aerobic stuff, running across the penalty box which was tough.’

Far from concerned about safety fears, Maguire has been impressed with how stringent the club are being, and is confident the testing and monitoring is more than sufficient.

‘The safety, it seems really well organised, we all got tested before we came in, so everyone in the changing room has a negative test,’ said the centre-back. ‘Every morning we get our temperature taken before we get to the training ground. We all have an app where we fill in to see if we’ve had any symptoms throughout the day. It’s such a safe environment and it’s an environment which is there to be built on.’

MORE: ‘I’d rather have a hole in the squad than an a**ehole’ – Ole Gunnar Solskjaer takes swipe at Manchester United flops