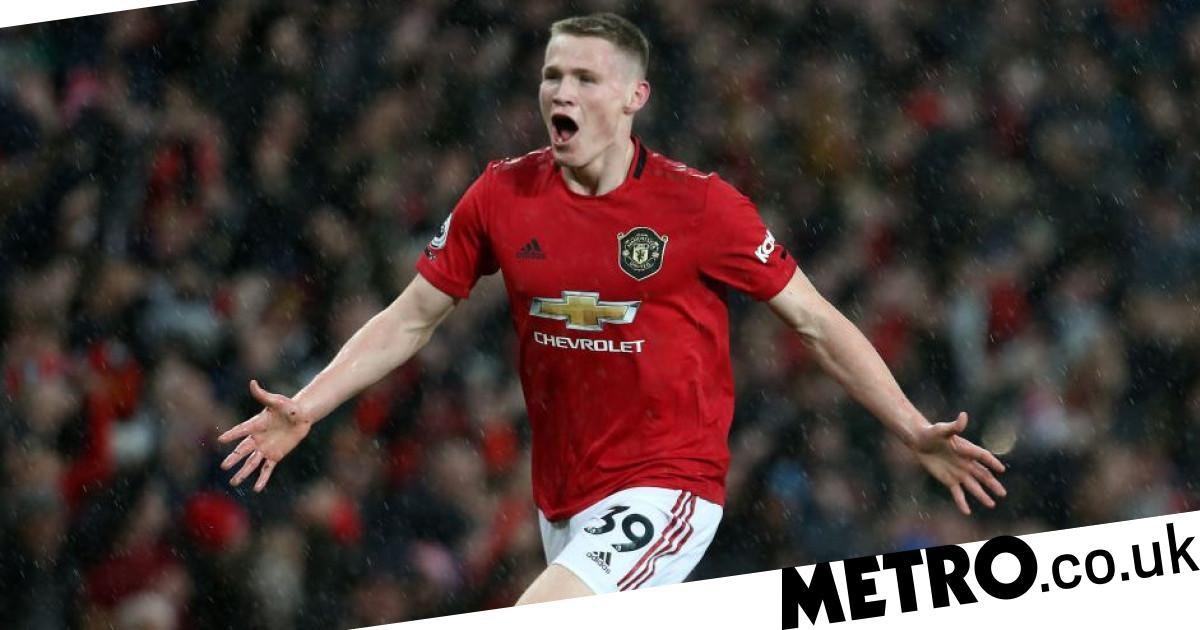 The 23-year-old has continued his impressive development at Manchester United this season, slowly growing his influence in the team.

An injury has kept him out of action for a substantial amount of the second half of the season, but he was forcing his way back into Ole Gunnar Solskjaer’s side before the coronavirus hiatus.

Building a reputation as a box-to-box midfielder, capable of fulfilling most roles in central midfield, McTominay says he looks at players like Vieira, Zinedine Zidane and Roy Keane for inspiration.

‘For myself, someone who’s quite strong and a good runner, I should be testing teams more than I do,’ McTominay told Manchester United’s Box To Box.

‘I should be breaking lines similar to what Paul [Pogba] does, drive into the box and create chances.

‘We always have to have that balance of one goes and one sits, which is so important for a midfield player.

‘Being box-to-box, there’s some amazing examples: Zidane, Patrick Vieira, Roy Keane, driving through the middle of the pitch and were exceptionally good at it.

‘For me it’s important to keep watching clips like that, I get the guys to send them over as much as they can to analyse it.

McTominay has scored five goals this season, including his memorable long-range strike against Manchester City in March, and wants to add more goals to his game.

He wants to become the strong, forward runner that the likes of Vieira was and he feels Pogba typifies in the modern game.

‘You’ve got the physique and the presence to hold people off and the burst of speed where you can get through as well,’ continued the Scotland international.

‘There’s so many good examples of it in world football. Paul’s probably one of the best examples of it, he’s very, very powerful and gets across the grass really, really quickly.

‘It’s a dangerous tool to have in the middle of the pitch as well.’

Solskjaer has predicted a long and successful future at Old Trafford for the young midfielder, praising his versatility last year.

‘It won’t be hard to see him play many, many games for Man United, because he has got such a great mentality,’ said the Norwegian.

‘He is so athletic, he can play in different positions. Today we feel that’s his best position, like a high midfielder, but he can play in that defensive role easily, like he has done against PSG and Liverpool. So I was very, very pleased with him.’