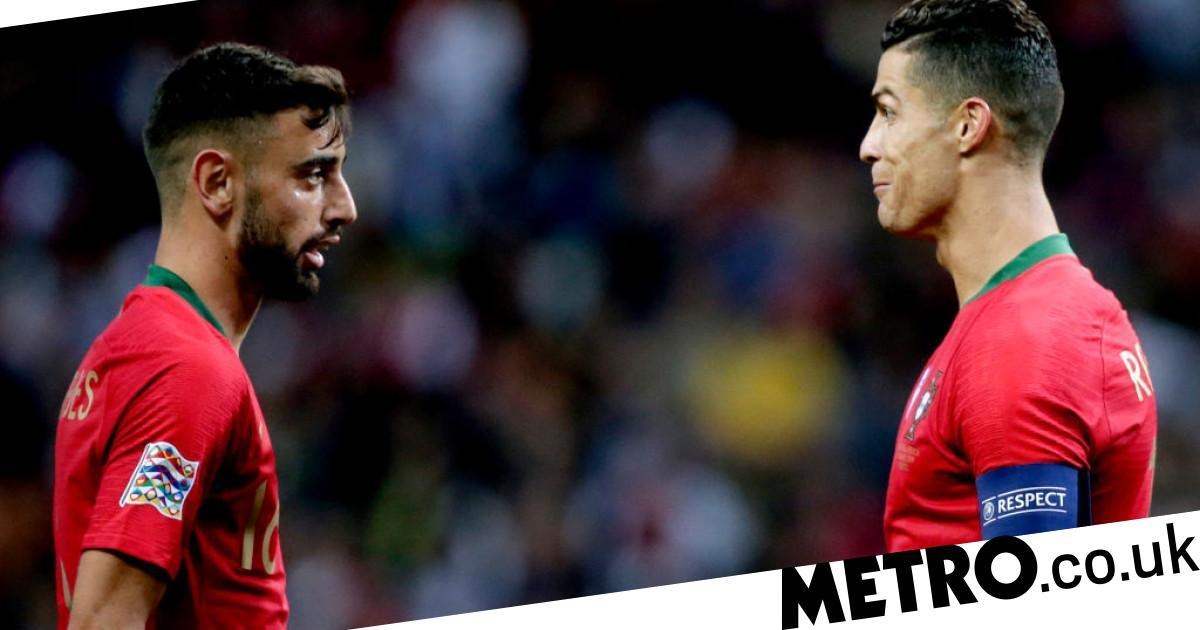 Bruno Fernandes has heaped praise on Cristiano Ronaldo and says the Juventus star played a huge part in one of the ‘most important games in the history’ of Manchester United.

The Portuguese playmaker joined United from Sporting Lisbon in January, mirroring the move that Ronaldo made in 2003.

Fernandes has made a fantastic start at Old Trafford and cited Ronaldo’s success at the Theatre of Dreams as part of his decision to join United, when he had offers from elsewhere.

The 25-year-old is an international team-mate of the Juventus forward and Fernandes heaped praised on Ronaldo for his success with the club during his six-year stay at Old Trafford.

Asked which game in the club’s history that the website should look back on, Fernandes told Manutd.com: ‘I think from history I have maybe one game – the Champions League final [2008] when Cristiano [Ronaldo] scores with the header.

‘After this, he misses a penalty, I think it’s the same one right, against Chelsea. This one. I think it was a great final and for Cristiano it was one of the best games yet. Because he scored an amazing goal with a header. He doesn’t jump, he flies.

Fernandes has made a fast start to life at the club, scoring four goals.

The Portuguese playmaker scored his first goal for the club in a 3-0 win against Watford in February and he says he would also like to go over that match again, as it was an important one for him personally.

‘The game I would like to watch would be the game where I scored my first goal, against Watford, because I want to feel – not exactly how I would feel in the game – but I can feel the game,’ said Fernandes.

‘I can feel the atmosphere and everything when I score. I can have the motivation to keep training and keep the focus on the return of the game.’