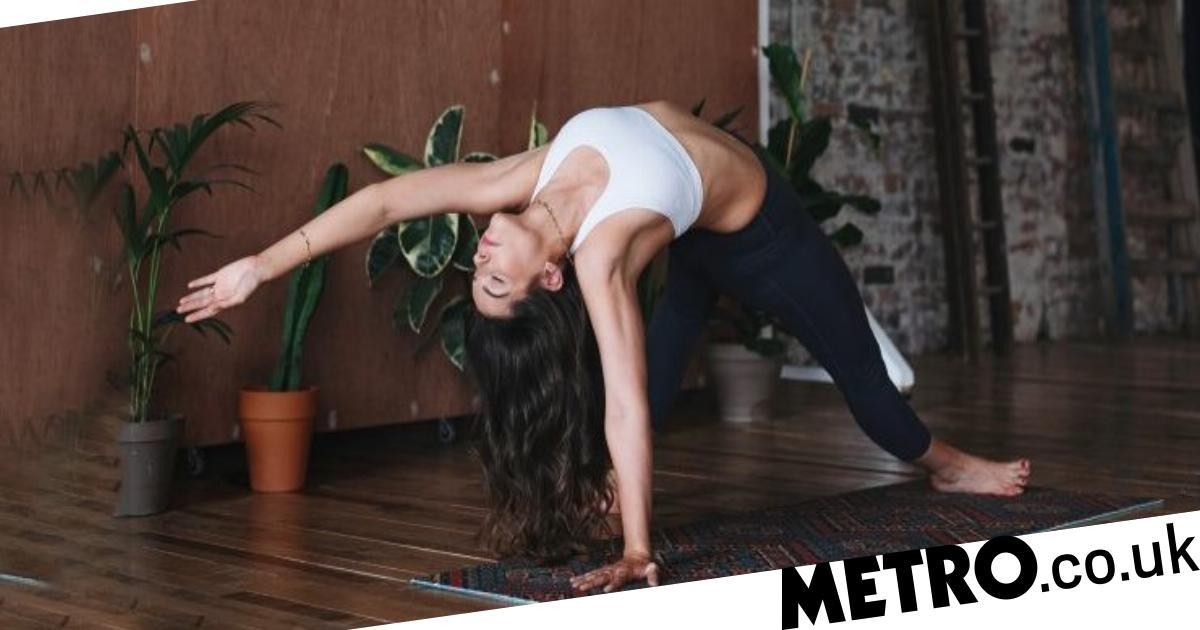 With the country on pause, UK businesses have been hit hard. In response, an unprecedented package of loans, tax relief and cash grants from the government is helping to protect jobs and companies across the nation. Here’s how it’s helped:

On the evening that the UK went into lockdown on March 23, Dorchester’s Japanese fine-dining restaurant Myra’s Kaiseki closed to the public.

That weekend, company director Paul Elgee, 65, and his wife, head chef Myra, 48 – who opened the restaurant together in 2016 – had prepared for a fully booked Mother’s Day, and expected to serve around 400 more diners each month throughout spring.

With suppliers to pay along with five restaurant staff, they were able to put two employees on a period of temporary leave – furlough – under the Coronavirus Job Retention Scheme (CJRS), which covers 80 per cent of wages, up to £2,500 a month. The government scheme has already protected 7.5 million workers and almost one million businesses.

‘When you’re faced with closure, it’s like a dark cloud,’ says Paul. ‘Having that business support gave us enough space to breathe, so we could search for the silver lining and think about what to do next.

‘It was relief to know that our staff were looked after. Within a small business, they are like family – you can’t replace people who have contributed so much to the business.’

Since they closed, Paul and Myra have been working hard to temporarily turn their fine-dining concept into a delivery and collection service with the help of local cab service, A-line Taxis.

‘We’ve never offered takeaway because we pride ourselves on great service and dining experience. But, like many restaurants, we’ve had to adapt to create new revenue streams.

‘Now, we have developed a scheme to deliver door-to-door and even take free meals to staff at Dorset County Hospital once a week.

‘While the new takeaway service generates less than 20 per cent of our usual turnover for this time of year, it’s been effective for staying connected with our customers.’

With hopes of reopening in July, the couple plan to adapt this new arm of the business to a Japanese street food experience from the courtyard outside, while social-distancing measures limit their indoor capacity to around 40 per cent.

Paul says: ‘A third of UK restaurants may never recover from this, and if they do reopen, things can’t operate as before. Without worries about how to pay our staff, we can effectively remain dormant while we plan for the future.

‘The advice of our local council has been invaluable, particularly from our MP, Chris Loder. We were very much encouraged that the restaurant industry will recover – however slowly that may be.’

This year was meant to be Sally Fazeli’s year. The influencer-turned-yogi, 33, was launching a wellness business, preparing for a 50-person yoga event, and planning a four-day retreat.

But by the time she arrived home from advanced teacher training in Bali in early March, the country was heading for lockdown, and everything had to be cancelled.

Alongside monthly mental wellbeing workshops called Sister Circles, Sally had been teaching yoga up to four times a week at a local studio until class numbers diminished as pandemic panic ramped up.

Sally explains: ‘I was really scared about the repercussions of losing my income. How would I provide for my family? Would I be able to pay my bills: the mortgage, the car or even put food on the table?

‘Reimbursing everyone for the ticketed events added more pressure. Even before the lockdown, I was aware that there was a sense of fear about practising in public spaces, and with so much uncertainty, I had no choice but to postpone events as far off as October.’

Facing a significant loss of income, the mother-of-two from Preston, Lancashire, was able to apply for the government’s Self-Employment Income Support Scheme (SEISS), to reclaim 80 per cent of her average monthly profits, something she says has been a ‘saviour’ for her family.

‘Initially, I didn’t think there would be any financial help for the self-employed, so to find out that I was eligible for a £4,200 grant was an enormous help.

‘The process was really straightforward: very quick and efficient. After applying, it was like a big weight had been lifted off.’

Like many yoga teachers, Sally initially took her classes online, but made them all free. Then she set to work on a much bigger project – an eight-week transformational coaching programme in yoga and guided meditation called She Rises in Self Love.

‘Some women really need a healing space in their lives right now, and I wanted to provide an empowering experience beyond yoga sessions in front of the laptop,’ says Sally.

‘With the aid of the SEISS grant, which helps keep the cost of the course low, I’m grateful to be able turn this situation into a positive. Without that financial stress, the course that I’ve created hasn’t come out of a place of fear, but hope that things will work out.’

PROVIDING VITAL BUSINESS SUPPORT WILL GET OUR ECONOMY MOVING AGAIN

Northern Ireland’s biggest business lender Danske Bank has been working with the UK government to provide vital financial support to companies experiencing lost or deferred revenue as a result of the pandemic.

It has appointed Robert McCullough as its dedicated head of business sector engagement, and it’s his role to raise awareness of the support available to firms.

Robert says: ‘Since the beginning of March, Danske Bank has provided £200 million in overall business lending, including £80 million through the UK government-backed Coronavirus Business Interruption Loan Scheme (CBILS) and £50 million on the Bounce Back Loan Scheme (BBLS).’

The UK government’s economic plan is one of the most comprehensive in the world, benefitting firms of all sizes. The BBLS grants finance of up to £50,000 to small and medium-sized businesses, interest-free for the first 12 months.

For companies with a turnover of up to £45 million, the UK-wide CBILS allows them to access up to £5 million, where the government will pay interest and fees for a year. Danske Bank has also been able to provide relief of up to £25 million to large businesses via the Coronavirus Large Business Interruption Loan Scheme (CLBILS).

As the largest bank in Northern Ireland, Danske Bank supports companies in a wide variety of sectors, such as retailer Lunn’s Jewellers, manufacturer The Signature Works and, in tourism, family-run bus company Airporter.

Robert says: ‘Businesses in some industries have managed to adapt quickly to a new reality of remote working and social distancing, while others have regrettably seen trade grind to a halt. The unprecedented measures announced by the government will help a lot of companies to survive, and we are hopeful the majority will ultimately recover.’

The bank was able to launch each of the schemes on day one, the majority of applications being approved through an easy, automated process.

‘Getting this financial support in place in Northern Ireland was the result of a huge effort from teams across the Danske Bank, and we continue to work hard to make sure the process is as good as it should be and that we can get money to our customers quickly.

‘There is no doubt that we have an important role to play in the weeks and months ahead to get Northern Ireland moving again. We have the commitment and the capacity to continue to support customers, the community and the wider economy.’

As the nation braced for the Covid-19 outbreak in March, online retailers initially faced a dramatic slump.

One such brand was zero-waste company Non Plastic Beach, whose e-commerce sales fell by 90 per cent, while trade custom – with major stockists such as Urban Outfitters – ground to a halt.

Established in October 2018, Non Plastic Beach was a ‘coffee-table start’ for founders Gareth, 38, and Nicola Dean, 39, from Woodcote, south Oxfordshire. They grew it into a global brand selling pollution-busting products such as biodegradable toothbrushes, shampoo bars and plastic-free razors.

Suddenly faced with an unexpected downturn in revenue this March, they applied for the government’s Bounce Back Loan (BBL), which provides up to £50,000 relief, interest-free for a year, to UK small businesses, and furloughed their full-time operations manager.

Gareth says: ‘Just before the country was locked down, it seemed like everyone was holding their breath: no one was shopping or spending money. It was deeply concerning, especially since there was no certainty our sales would recover. So it was a relief to be offered short-term financial solutions to protect our business.

‘The application process was very smooth. The money arrived the next day, and we invested it straight back into the business. We were very impressed.’

Originally, this year had been dedicated to increasing business-to-business sales, with freshly inked supplier contracts with everyone from gift shops to garden centres. But when many trade customers closed, Gareth and Nicola used the loan to improve their consumer offering.

‘We increased advertising spend to promote existing products, and launched a few new ones, such as a recycled hardwood soap dish, which has been very popular.’

Luckily, sales did steadily recover and, as such, the business owners are already preparing to welcome back their team.

‘We’re so grateful we didn’t have to lose valuable talent by making redundancies. The flexibility of the furlough scheme reassured us that we could hit the ground running the minute we were ready. ‘We hope the sales boost continues, so we can also comfortably repay the loan in a year’s time. While it doesn’t make up the shortfall in trade sales, it helped us to improve what we offer to customers.’

FIND THE HELP YOU NEED

There’s a wide range of financial support available to firms of all sizes. Details can be found here. To check if your business is eligible, click here.