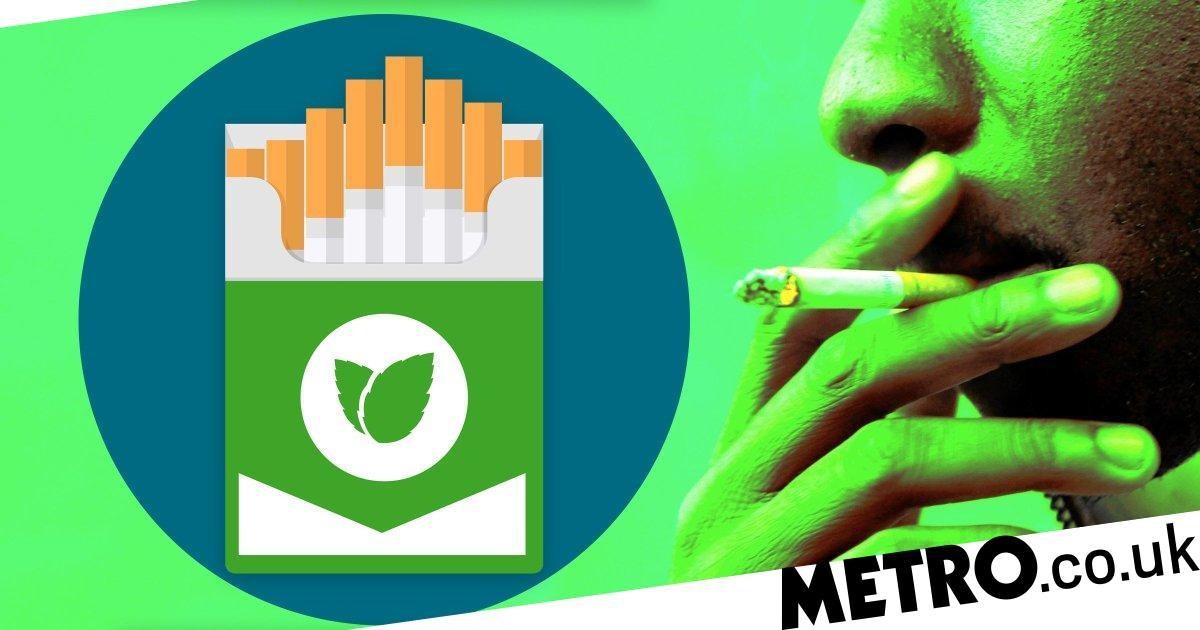 As of today, you’ll no longer be able to buy menthol cigarettes or filters.

Click, dual, and skinny cigs are also off the menu for smokers, with the aim being to deter young people from being tempted to start the nasty habit.

It’s part of the EU directive that also banned 10 packs and obliged manufacturers to place health warnings on all packets, with this being the latest change on a rolling basis.

Action on Smoking and Health state: ‘no person may produce or supply a cigarette or hand rolling tobacco with a filter, paper, package, capsule or other component containing flavourings; a filter, paper or capsule containing tobacco or nicotine; or a technical feature allowing the consumer to modify the smell, taste, or smoke intensity of the product.’

While it may be a win for health, it doesn’t feel like it for smokers who’ve become accustomed to their ciggie of choice.

We spoke to some of these menthol smokers (including myself) to see what their plans are now, and whether the ban will have a positive impact on their habit.

‘The ban won’t stop me smoking, it’ll just make me enjoy it less or have to work harder to get the cigarettes I am literally addicted to.

‘I don’t particularly understand how menthols make smoking seem attractive to young people, and surely if you’re going to ban a type of cigarettes you should ban them altogether (although they probably won’t ever do that as they bring in so much tax money).

‘I’ve heard on the grapevine that there are flavour strips and menthol cigarillos available, but failing that I might have to start some sort of syndicate where I get anyone I know who’s going abroad to bulk buy for me.’

‘I have actually given up smoking since coming back home during lockdown, which is great since I can’t actually smoke non-menthol cigarettes, so would have been forced to give up anyway.’

‘I’ll probably try to smoke less because I can’t smoke normal fags. I’ll also try to bulk buy when I can in other countries.

‘I don’t get the ban. What difference does it make? If you’re going to smoke, you’re going to smoke. I remember when I was younger, anyone who smoked smoked normal cigarettes. It wasn’t until I was about 22 that I switched to menthols because they’re smoother, but I’d already been a smoker for years.’

Mike has only recently started smoking menthols, trying the cigarillos during lockdown.

‘I started smoking these cigarillos because they were cheap and I thought it was exciting how they had found this ridiculous loophole. My review of the cigas –dogsh*t.

‘They smoked funny. and they had a less reliable click than a lot of the other ones. I kept getting menthol when I didn’t want it.

‘I use my Juul quite a lot but have been smoking way more in the quar, cant tell if its some appetite for death or boredom though.

‘I think they’re a good alternative if you’re looking for menthol though and they look kinda cool.’

‘Honestly, I’ve spent lockdown at my mum’s where smoking is just not an option so I’ve been vaping for the past 8 weeks and I know I should embrace this smoke-free moment for life but I can’t stop thinking about a delicious post lockdown menthol.

‘After the ban I’ll probably try the menthol cigarillos I’ve seen people talk about. Finding it hard to imagine being in the smoking area and having someone ask me to tap a menthol cigarillo.

‘If they’re not the perfect accompaniment to a Pinot Grigio I don’t know what I will do.’

‘I think it’s a bit of silly thing to enforce to be honest, not sure they’re going to discourage younger people from smoking or what. It feels like a given that young people are going to try smoking, no matter what the flavour is.

‘I’ve not made any plans but I suppose I’ve thought about it more this week, I only really smoke when I’m having a drink these days, so I might buy a couple of packets as a last hurrah and some menthol filters.

‘When those run out I’ll just smoke non menthol ones probably. Always felt a bit embarrassed smoking them to be honest, feels similar to asking for a ‘plain burger’ at McDonald’s.’

I’m a social smoker which I’m very aware means I shouldn’t smoke at all. But for me there’s nothing better than a few menthols sat in a beer garden with my pals.

The menthol ban won’t stop me smoking socially when I’m having drinks with friends (or on Zoom as is the case currently) it just means I’ll need to be a bit more organised.

Maybe I’ll bulk order some of those capsules you can apparently get, though the most probable option is getting my flatmate who’s in lockdown abroad to bring me some back with her.

For now I’ll just have to ration out the few packs I’m off to buy now at the local corner shop. RIP Sterling Dual.

Get in touch with us at MetroLifestyleTeam@metro.co.uk.

MORE: Meet Pixie – the dog who can do CPR