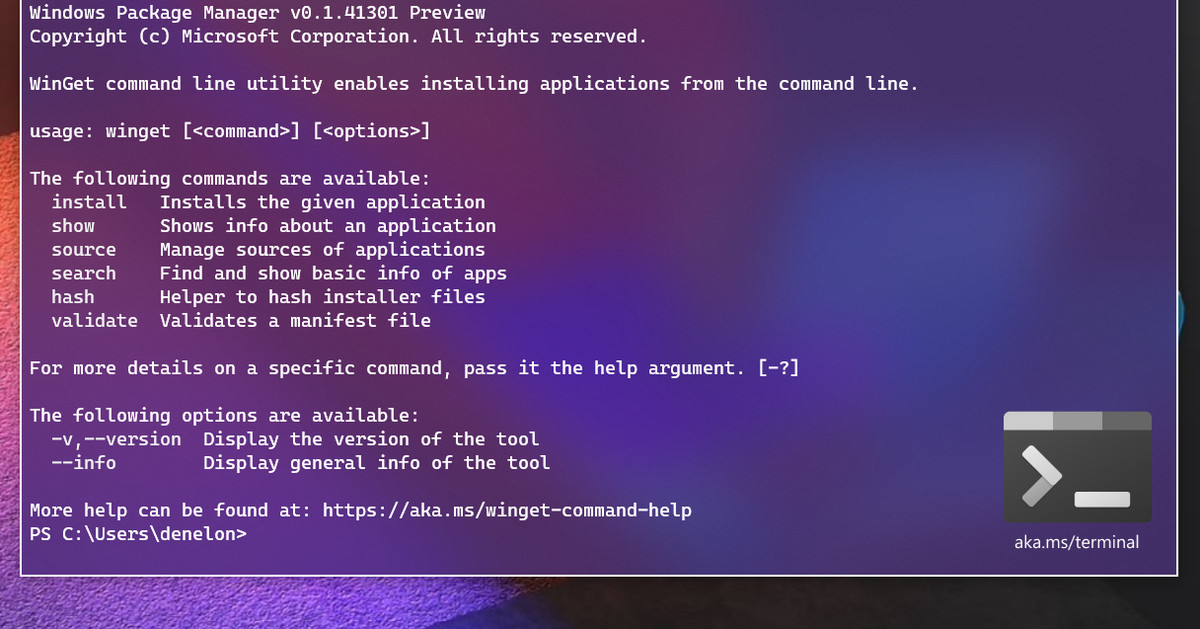 Microsoft surprised Windows users with a new package manager yesterday. It’s a command line tool that allows developers, power users, and really any Windows user to install their favorite apps from a simple command. If you’ve ever had to wipe a Windows machine clean or set up a new device, you’ll know the pain of having to reinstall apps, find download links, and get a PC ready again.

Windows Package Manager aims to solve that, and it’s relatively simple to create a script to have your favorite apps installed from a command prompt. The Windows Store should be the central location for all Windows apps, but Microsoft’s initial Universal Windows Platform (UWP) push meant traditional and useful win32 desktop apps were never listed in the store. That’s changed in the years since Windows 10’s debut, but the Store still feels like abandonware. Most power users and even developers have ignored the Windows Store in favor of package managers like Chocolatey. Else they manually download apps from the web.

Microsoft creating its own Windows Package Manager (winget) is significant, and the command line tool is already more useful than the Windows Store. You can navigate to a command prompt, type “winget install Steam,” and the latest version of Valve’s Steam app will be installed on your system. Steam doesn’t even exist in the Windows Store right now; there are many apps already available on winget like Zoom, WinRAR, and Logitech Harmony Remote that are also missing from the Store.

As Windows Package Manager is only in preview and 24 hours old, it doesn’t have every app listed that you might want just yet. Windows Store apps aren’t available in winget yet, as Microsoft is maintaining its own separate repository of apps and validating them. Store app support is planned for a future update, though. The whole project is open source so other package managers can leverage the company’s validated packages. Software vendors will even be able to use Windows Package Manager as a distribution channel for apps, just like the Windows Store.

Using winget does require an element of trust, though. “One critical concern we had was how to build a repository of trusted applications,” explains Demitrius Nelon, a senior program manager at Microsoft. “We are automatically checking each manifest. We leverage SmartScreen, static analysis, SHA256 hash validation and a few other processes to reduce the likelihood of malicious software making its way into the repository and onto your machine.”

Most package managers are used by developers to quickly get a fresh dev box ready with all of their favorite apps. The Windows Store should handle this with ease, but it’s a mess. The Store has a library system that’s supposed to list all of the apps you own, but on my own systems, it simply says “there’s nothing in your library.”

Microsoft’s adoption of its own Windows Package Manager should serve as a wake-up call for the company’s Windows Store efforts. The Windows Store is poorly maintained, and a lot of developers have simply ignored it.

My hope is that we’ll see a combination of the Windows Package Manager repository and the Windows Store in the future. It would be great for all Windows users to get easy access to desktop apps they actually care about without having to open a command prompt.