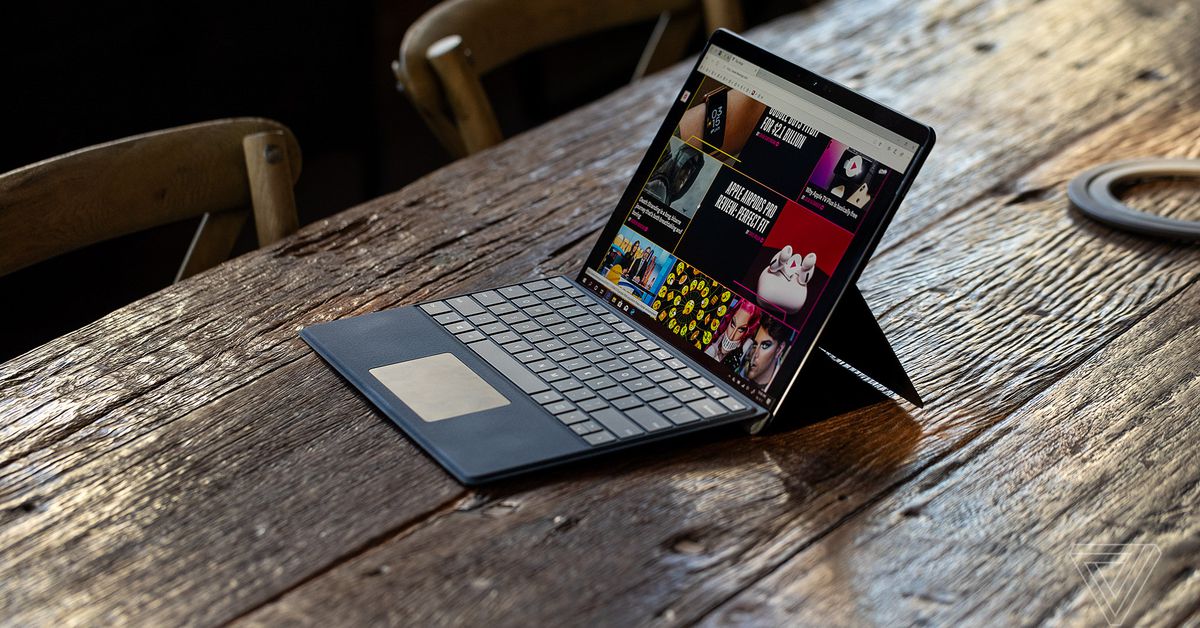 One of today’s best deals is on Microsoft’s Surface Pro X, a tech product that’s only seen small price cuts. At Amazon and Best Buy, you can get a big discount on the upgraded model with 8GB of RAM and 256GB of storage. It’s down to $900 (usually $1,299). For context, the base model launched at $999, so getting the version with more storage for $100 less than that reads as a good deal to me.

The Surface Pro X has a 13-inch 3:2 aspect ratio display and features Microsoft’s custom SQ1 ARM-based processor and LTE compatibility. This model doesn’t include a Type Cover, and those currently cost an extra $100 or so at Amazon and the Microsoft Store. While this machine didn’t launch in the best state, mostly due to the many app incompatibility issues that Dieter Bohn encountered during his review, things have improved a bit since then. The Edge Chromium browser, for example, has added compatibility for ARM-based processors.

Also in laptop world, Best Buy is offering a $200 discount on Apple’s latest 16-inch MacBook Pro model for My Best Buy members. This is the best deal we’ve seen so far. To get this discount, you’ll need to sign up for a My Best Buy account. (If you already have a Best Buy login, you’ll all set.) That’s free to do and just requires submitting your email address.

Once you’re logged in, redeem the offer here. On the next page, make sure to click the discounted price next to “My Best Buy offer.” If that’s not showing up for you, you’ll need to apply the discount on the page that displays your shopping cart. I’ve attached a photo of what that should look like below.

Serif is once again offering a 50 percent discount on its Affinity Photo software for iPad, macOS, and Windows 10. The tablet version costs $10, while the desktop apps for macOS and Windows 10 cost $25 each. If you’re looking for an affordable yet fully featured alternative to Photoshop, this deal has your name on it. This software has native support for .PSD files and Photoshop plugins.

These savings extend to Serif’s Affinity Designer (more akin to Adobe Illustrator in terms of its features), which is also 50 percent off. The pricing structure matches that of Affinity Photo. It costs $10 on the iPad, and it’s $25 from the Windows Store for Windows 10 or the App Store on macOS.

Epic Games’ Mega Sale on PC games is happening now, and everyone who has an Epic Games Store account gets a free $10 coupon to use on a purchase (so long as the game costs more than $15). You can use that coupon on several popular games, including Control, Red Dead Redemption 2, and many more.