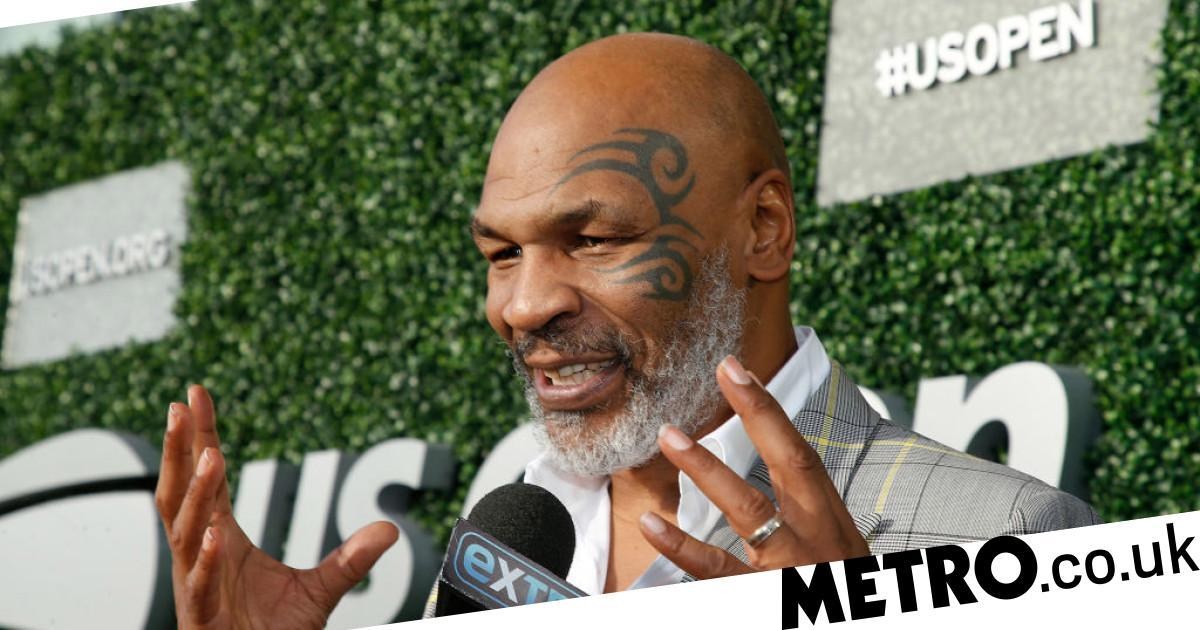 Mike Tyson has hinted he will face off against an even bigger name than Evander Holyfield in his much-anticipated comeback fight, with an official announcement due this week.

The 53-year-old heavyweight icon announced earlier this month that he was back training as he eyes a return to the boxing ring, showing off his impressive physique and scary speed on social media.

Old rival Holyfield, whose ear Tyson famously took a bite out of, also announced his own comeback shortly afterwards, later revealing that he was in talks with Iron Mike’s camp about a potential fight.

However, Tyson has now distanced himself from taking on Holyfield and says people ‘won’t believe’ the opponent he has got lined up to take on instead.

Speaking to Lil Wayne on the rapper’s Young Money Radio show, Tyson said: ‘I’m feeling better than I’ve ever felt in my life. God has been merciful to me man.

Asked by Lil Wayne if Holyfield will be his opponent, Tyson continued: ‘Na, na we got many guys. Listen we’ve got so many guys that want to do this man.

‘We’re in calls, we’re doing business with guys right now. You’re not going to believe the names when the names come out. Some time this week we’ll have the contract done.

‘And whatever money we get, it’s going to somebody else. I’m not going to make any money – probably the company, my wife because she’s partners with me, she’ll make some probably. But my money is going [to charity].’

Another name mentioned as a possible opponent for Tyson is former heavyweight champ Shannon Briggs, who claimed the pair were working on a deal to fight at the Statue of Liberty on Independence Day.

MORE: ‘I would love to see it!’ – Anthony Joshua reacts as Mike Tyson hints he’s ready to return to boxing