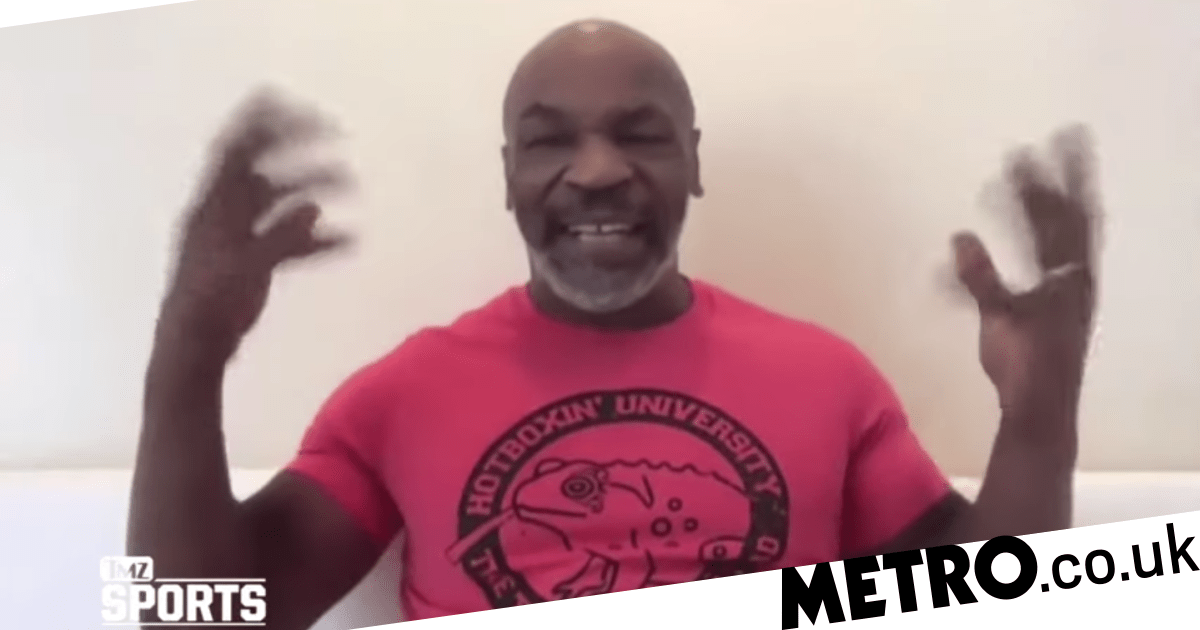 Mike Tyson says it would be ‘awesome’ to hold a rematch against old foe Evander Holyfield but insists it would be in the name of charity.

The 53-year-old has started sparring again and any suggestions that a return to the ring are wishful thinking have been put to bed with a string of scintillating training videos that prove Tyson has retained much of the strength and speed of his heyday.

Tyson confirmed at the end of a training video last month that he was ‘back’ but he’s refused to confirm the nature of his return, suggesting only that he would like to compete in an exhibition bout later this year.

Speculation has been rife that Tyson could face Holyfield in a rematch of the pair’s infamous 1997 fight and Holyfield confirmed last week that talks over a third fight are underway.

Iron Mike lost both of his previous fights against Holyfield but says it would be ‘awesome’ to face the 57-year-old on his return.

‘Listen I know don’t if me and Evander are going to get in the ring but it would be awesome for charity,’ Tyson told TMZ.

‘Can you imagine me and him going in the ring together as arch enemies, doing it for the humanity of people, for people less fortunate than ourselves. What would that be like?

‘That’s something that’s never been done by any entertainer or any sports figure in the history of sports.’

The Brooklyn-born fighter has lost ten stone [140lbs] in the last few years and says much of that has been down to his plant-based diet, which he supplements with small amounts of meat on rare occasions.

Tyson’s latest training video was released on Chinese social media platform Weibo and he showed off his speed with a string of quick-fire jabs.

Holyfield has been on a fitness regime of his own and would be looking to make it three wins out of three against Tyson if they fought again.

Tyson says his focus at this moment in time is to enjoy sparring again but he insists ‘anything’s possible’.

Anything’s possible, My ego is starting to get elated and stuff that I’m capable of doing things but we’ll see right. The fuuture’s got a lot of things on hold for us.