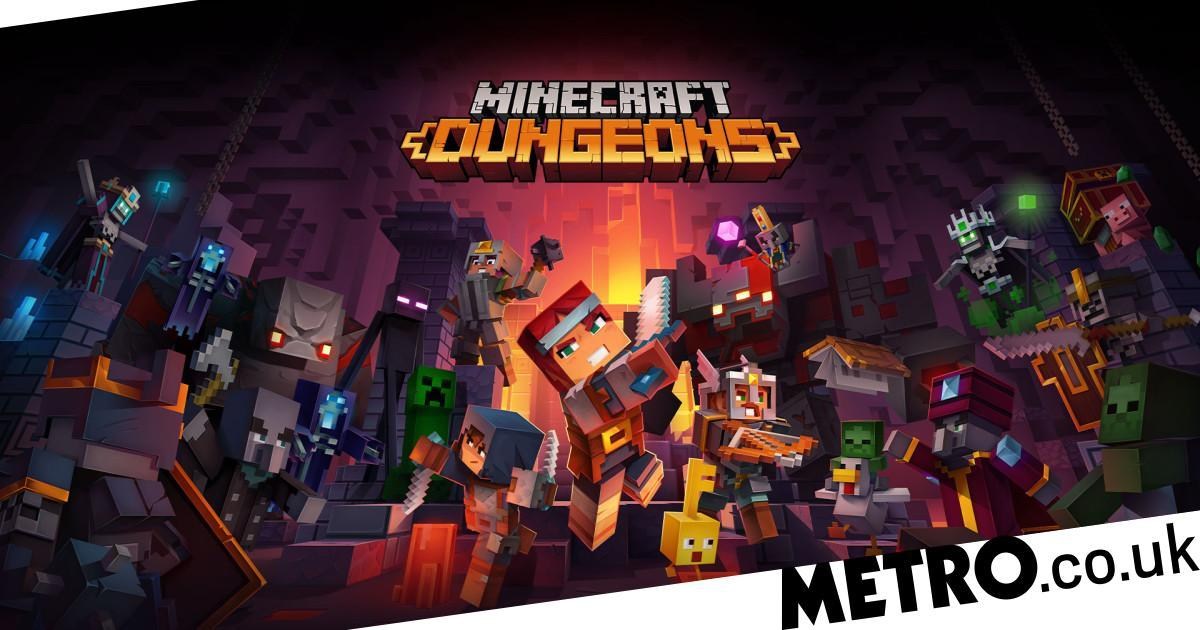 Mojang’s new Minecraft spin-off is a co-op dungeon crawler in the style of Diablo, but will it be as successful as the original game?

Take-Two recently announced that Grand Theft Auto 5 has sold a staggering 130 million copies over the last two generations. That’s an astonishing amount but it’s still dwarfed by the 200 million copies sold by Minecraft, which boasts 126 million monthly active users. This, many would say, doesn’t count because Minecraft isn’t a ‘real’ game, despite it helping to invent modern survival gameplay and being so customisable that it can be almost anything you want it to be. But if you do wish it was something a little more traditional and structured then Minecraft Dungeons is intended to be the game for you.

Although it has the same art style, Minecraft Dungeons has relatively little to do with the original in terms of gameplay. There’s no mining, for a start, and no crafting or survival elements. Instead it’s a purposefully straightforward dungeon crawler, not unlike a simplified version of Diablo, where you’re exploring randomly-generated dungeons, looking for loot, and playing along with up to three other co-op partners.

Minecraft Dungeons does have a story to explain what’s going on, about an evil Arch-Illager and a magic MacGuffin, but despite a few nice cut scenes the game doesn’t seem any more interested in the storytelling than you will be. We can’t pretend to be experts on Minecraft lore but we do know there’s more to it than many people realise and, especially after Minecraft: Story Mode, this seems a bit of a missed opportunity not to expand on it further.

The intention here has clearly been to create something as streamlined and focused as possible, the opposite of normal Minecraft. As such, there’s a very tight gameplay loop of fighting monsters, collecting loot, and levelling up. There are no character classes or skill trees though, so anyone can use any item or weapon, which inspires a more arcade feel that begins to edge closer towards Gauntlet than Diablo.

There is such a huge variety of weapons, armour, and equipment though that the game still retains some depth, as you try to work out the optimal loadout and switch to specialised gear for more difficult encounters. Artefacts and enchantments offer up a huge range of different buffs and special abilities, even if the difference is often only discerned by how many numbers are flashed up on screen during an attack.

Minecraft Dungeons is filled with numbers wherever you look – on the main interface, in the inventory, and during combat – in a way that even vastly more complicated role-players would balk at. We think it’s meant to give the illusion of depth where there is none, but often it just looks like someone chewed up a maths textbook and threw up all over the screen.

All the number-crunching is partly functional though, as the ever-changing loadout of you and your friends, and the affect the monsters have on the environment – from poison bombs to fire attacks – means the amount of damage you give and receive is in constant flux.

Randomness is a key theme in Minecraft Dungeons but the action itself is scrupulously fair, and very enjoyable despite being initially designed with a keyboard and mouse in mind. The controls feel crisp and precise and despite the complete lack of any realistic violence the weapons have a surprisingly enjoyable heft to them.

The level design and the appearance of monsters and puzzles is all procedurally-generated though, which inevitably means maps lack distinctive set pieces and landmarks – and have far more dead ends than a hand-crafted level would.

Although saying that, even the hub world is boring, with some disappointingly unhelpful shops and uninteresting characters. Mojang has promised the game will be constantly updated and this feels like one area ripe for expansion, but at the moment it’s just one more missed opportunity.

Despite what you might imagine, given all the procedural generation, the game’s campaign can be beaten in little more than six hours, and although that’s not really the point – because who cares about the story – it’s a little deflating and only the very committed are going to be that invested in the New Game+ mode and customisation options.

It’s easy to accuse Minecraft Dungeons of being shallow and simplistic but it’s obviously got a very specific aim in mind, even if we’re not entirely convinced who the audience is meant to be. Given how complex Minecraft can get we’re not sure there was any need to keep things so purposefully streamlined for a younger audience and we can imagine their attention drifting from it fairly quickly.

The short campaign length and lack of depth would’ve been more problematic if it weren’t for the very reasonable price tag, which is below that of most indie games and takes a lot of the edge off most complaints. Minecraft Dungeons does what it sets out to with a certain amount of panache and some great presentation, but it’s set its sights surprisingly low and at this point it’s hard to imagine it having anything like the longevity of the parent game.

In Short: A modern day alternative to Gauntlet, whose innate shallowness and overreliance on random generation is balanced out by some fun combat and great co-op action.

Pros: The combat is punchy and fun, with good controls. The Minecraft look and feel is captured perfectly, and there’s tons of weapons and loot. Co-op action is especially engaging. Agreeably cheap.

Cons: The randomised elements often make levels feel generic and under-designed. Peculiarly short campaign, despite all the replayability, and the whole game is inarguably very shallow.

MORE: Minecraft virtual library created to hold censored stories from around the world