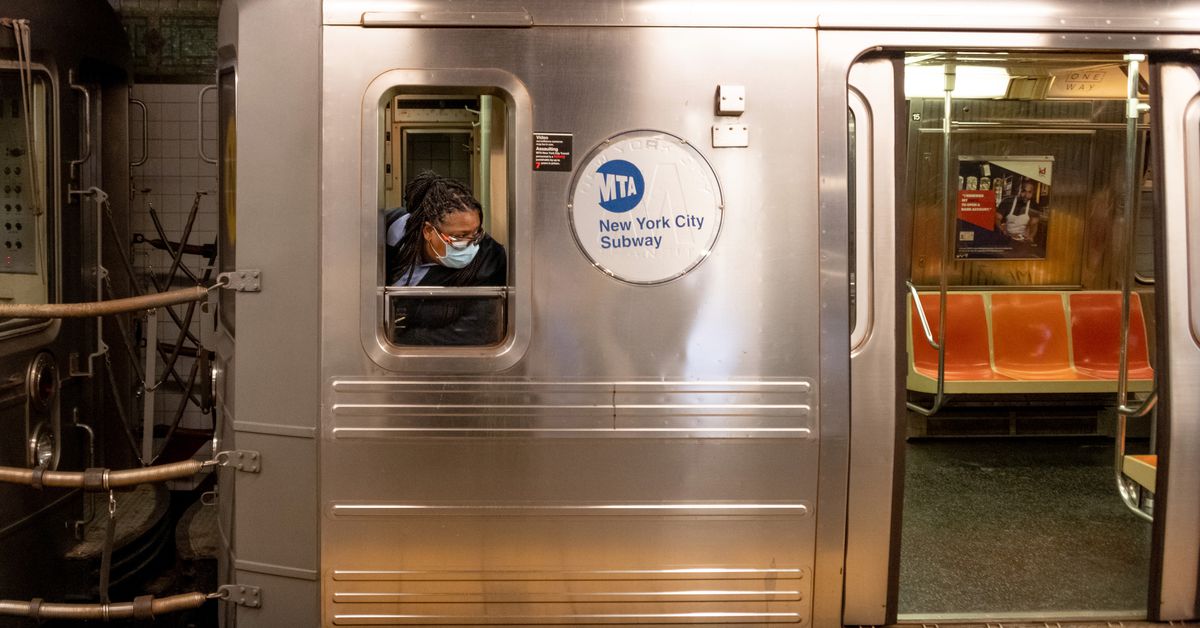 A month into quarantine in New York City, software developer Evan Lewis found himself missing the subway. Maybe not so much the smells, but certainly the sounds. The screech of the brakes, the clack-clack of the train rolling over the tracks, the stern reminder to “stand clear of the closing doors please.”

“It was weird because pre-COVID-19 I would always listen to music on my commute to drown out the announcements and the music of the subway performers,” Lewis told me, “but when I stopped taking the train I realized I sort of missed those sounds!”

Assuming others were also missing riding the nation’s largest mass transit system, he created a soundboard app called NYC Subway Sounds. That way he (and others) could immerse themselves in the sonic experience of a daily commute without ever leaving his couch.

Stuck inside and miss the subway? I made an NYC subway soundboard so you can “STAND CLEAR OF THE CLOSING DOORS PLEASE” right from your couch! https://t.co/lwFTJ319gT

The list of over two dozen includes includes all the classics — the “ding dong” of the closing doors, the “mind the gap” announcement, the harsh beep of a MetroCard swipe — as well as a handful of the busier station arrival announcements. It’s an aural melange designed to immediately send the listener onto a speeding 7 train hurtling through the darkness beneath a restive city.

Designing the app was the easy part, Lewis said. The hard part was locating all the sounds. He enlisted his friends to help him track down as many as they could. Other sounds he found on YouTube or obscure internet forums for transit enthusiasts that he didn’t previously know existed.

Arguably the best sound is a garbled conductor announcement called “Tempererer derler” — though Lewis admits it may not actually be a real subway sound. “It may not have been genuine but it reminded me of the subway so I added it anyways,” he said.

The app has been downloaded about 500 times so far, Lewis said. “Although the daily usage has been going up every day,” he added, “which makes me think people are missing the subway more and more.”

Lewis’ app is a rare bright spot in an otherwise grim picture for public transportation in the era of COVID-19. The MTA has reported a 90 percent drop in ridership since the start of the pandemic (though some riders are slowly returning). Earlier this month, the agency said it would be shutting down subway service between 1AM and 5AM to disinfect the trains and address the growing population of homeless people in the system. Over 80 MTA employees have died from the virus.

Like Lewis, I haven’t ridden the subway in months. Of course I don’t miss the crushing congestion or the frequent delays. But I do miss my fellow straphangers, even the ones who wear too much cologne. I miss the Showtime dancers and people playing music you didn’t ask to hear (both featured in Lewis’s app). The proselytizing preachers and construction workers scarfing down steaming containers of halal food. (Where’s my NYC Subway Smell app? Just kidding.)

The idea of being in an enclosed space with a bunch of strangers seems so weird now — an artifact from The Before Time. Did we really do that? Yes we did, and hopefully we’ll get back there soon. We have to. The alternative is crippling car traffic and pollution. Lewis’s app gives me hope that we will get back. He certainly seems to agree.

“I think when this is all over,” he told me, “I’m going to leave my headphones at home for a while to just take in all the sounds.”