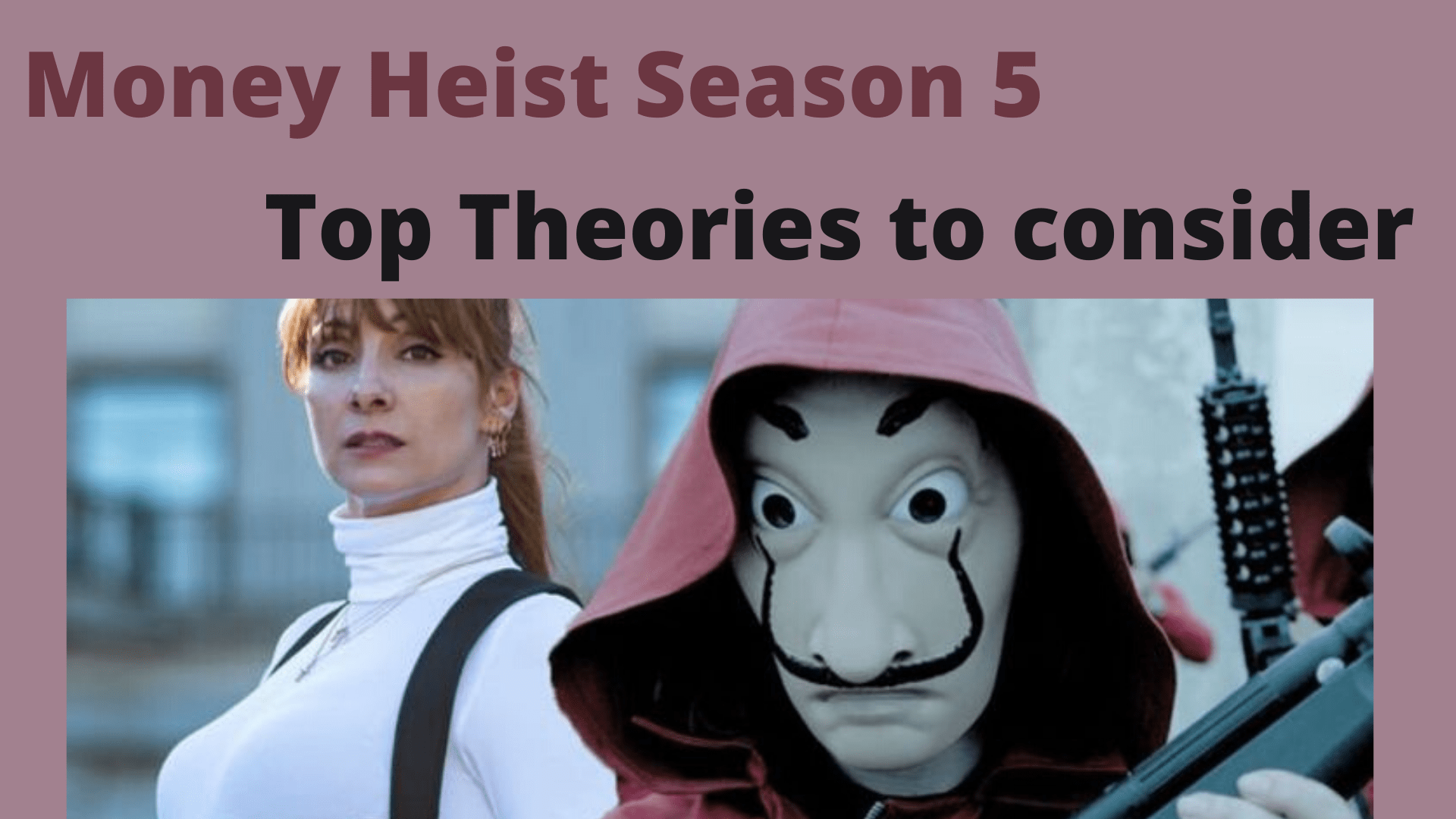 The money heist show is winning hearts since it goes international in the English language. Season 5 is expected to come in April 2021 and till then we can only assume things out. The Show owners chose to leave Season 4 in swinging rope and fans were shocked that one more fan-favorite character is on the verge of death. There have been various deaths in past seasons but season 4 brings the highest bloodshed. Nairobi’s death was most shocking. It is also assumed that the professor wouldn’t be alive in season 5. It is supposed that Alicia would now get along with the professor and, the mastermind will deceive the disgraced police officer. R.ead below to know in detail about Money Heist season 5 theories.

below are some popularly discussed Money Heist season 5 theories.

1) Would the professor be taken off the show?

As we all know in season 4 the professor, Alvaro Morte, at the end was in a dangerous position and on the verge of death. According to that scene, Professor would die and would not be visible ins season 5. During an interview, it is found that the professor is no longer of interest and he can be taken off from the show.

Keeping all these points in mind, it is still questionable that the professor would be visible or not!

2) Would Tokyo be the only character alive at the end of the season?

Money Heist series started with narrating the whole story of what has happened from start to end. So, it is very well assumed that she would be the only one left alive in the gang of robbers. People may hate or love her but can not ignore her.

3) Would Alicia Join the gang?

In the last scene of season 4, it was shown that Alicia managed to reach out to the professor and catch him at gunpoint. She spends a good part of her life and gave birth to her child in prison, she has nothing left to lose. So the theory here is she might join the gang because nothing good happened to her when she was good. Maybe now she joins with robbers.

So, will Alicia join the gang or will she continue her personal mission to bring down the Professor and his companions? Wait and watch!

It was shown somewhere or written in a theory that Berlin was wearing a vest when he was fired by the police at the end of Season 2. Also, Season 4 showed so many flashbacks from Berlin’s wedding. This shows that Berlin may make a comeback in Money heist Season 5.

This could really be shocking in season 5! Once Alicia was talking about her husband who dies two years ago and had a German name as well. this description matches quite with Berlin’s character. So, Cross your fingers as this theory is much expected!

6) Alicia Sierra is another heist-er!

Here the scene is the same, the last scene of season 4 where Alicia Sierra has pointed a gun, to the professor. But now the scenario is from the thinking of the professor. ould professor allows Alicia to join the team? Would Alicia be the other heister?

Fans believe that Gandia is still alive. Bogota knocked his head on the railing but somehow he tried to escape from there and believed to be alive!

8) Alicia is faking her pregnancy

Some people/fans believe that Alicia Sierra is faking her pregnancy just to be successful in her mission and to gain sympathy. To be Continued…

Money Heist Season 5 When Will It Release? Trailer, Cast, death story and all

I hope you would like this article. Mention in comments if you know any other theory.

Is Money Heist Season 5 Cancelled? Everything About Its Arrival, Cast And Plot Updates