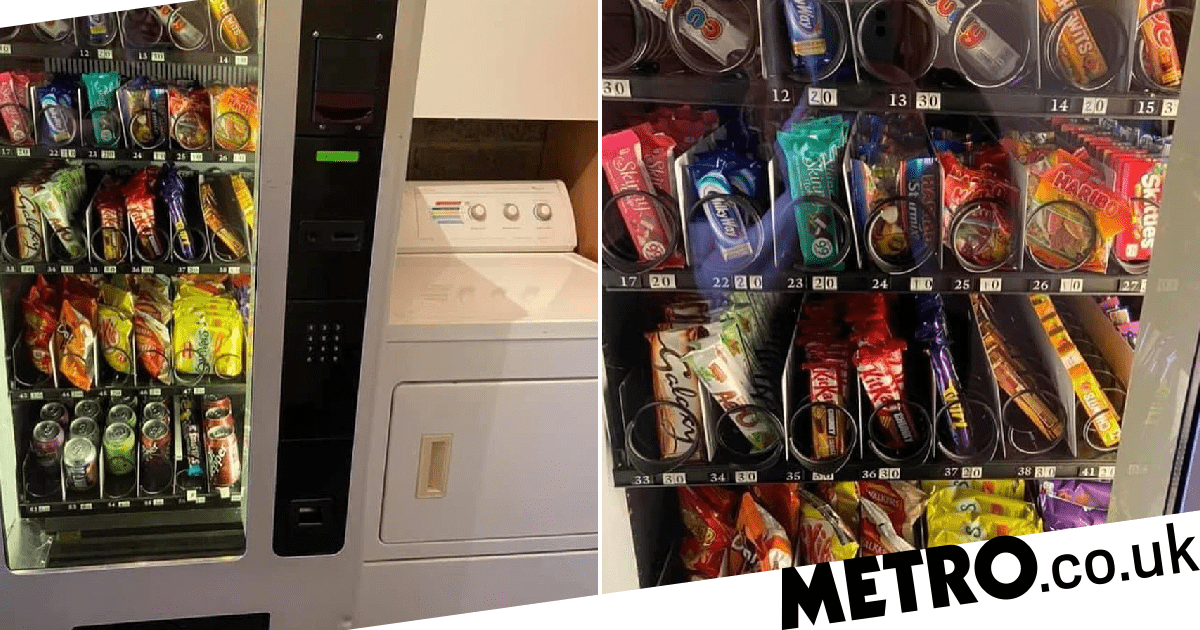 With kids at home, you’ve probably noticed that they seem to never stop snacking.

But sick of her kids eating her out of house, Sarah Balsdon came up with a plan.

Sarah, a nurse from Northumberland, picked up a second hand vending machine for £100 and filled it with all chocolate, sweets and crisps.

She decided that the kids could earn money for the machine by doing chores or completing school work, in an attempt to help them understand the value of money and to make them think before they reach for a treat.

If they really are hungry, rather than just looking for some sugar, they can have a healthy snack for free.

Posting on her Instagram @nobodywantstobabysit, she said: ‘Lets see if they can sneak sweets and treats now! So sick of the arguments about unhealthy snacks (esp with lockdown) so I have bought a vending machine!

‘If they want sweets they can do things (chores, school work etc) to earn money for them. The kids are very excited about this but not as excited as me!’

She says she has been looking for a machine for a while but usually they cost over £500 but she managed to pick this second-hand one up for £100 on Facebook marketplace when a shop was closing down.

She then went to B&M to fill it with treats.

She added: ‘I’m not unreasonable. I’ve put them in at cost price hahahaha.’

And to make it fair, the kids made Sarah and her husband put their own favourites in too so they have to pay up if they want anything unhealthy too.

Other parents loved the idea when she shared it on Facebook too.

One said: ‘Oh my god I love this so much! I want to have a go.. when lockdown lifts I’m coming round with a pocket full of change.’

Another added: ‘I want to do this. Can you imagine the boys face..’