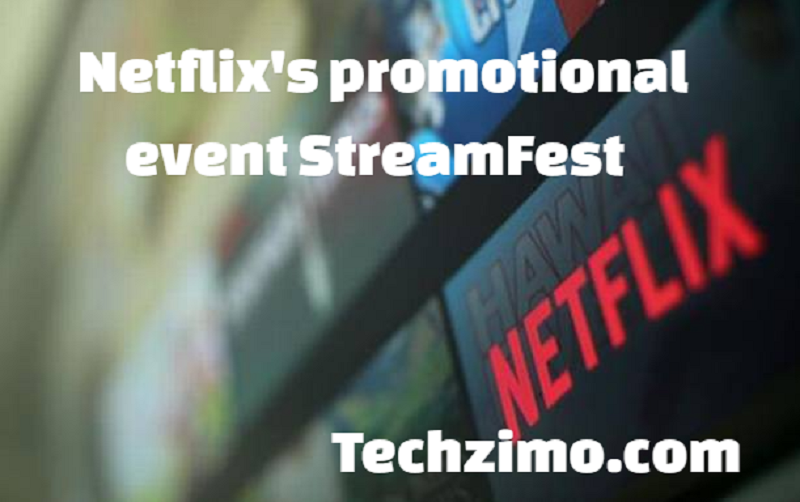 Despite people are staying at home because of COVID19, Netflix’s subscribers’ chart is slowing down. In order to enhance its subscription rate, the streaming giant planned to initiate a promotional event called ‘StreamFest. StreamFest will be for 48 hours and during the event, Indian users can access Netflix free of cost. The promotional event of Netflix will available on 4th December. It is just testing in India and after observing the response, Netflix can expand this offer in other countries.

“An idea we’re excited about – and we’ll see how it goes, we think giving anyone in a country a weekend of free access to Netflix could be a great way to introduce a bunch of new people with the great stories. We have, ”Netflix COO Greg Peters confirmed in an interview following the company’s Q3 2020 results.“ Really create an event, and hopefully, some of those people will sign up. ” first reported by Protocol.

Earlier this month Netflix has canceled the one-month free trial and we had a hint that the streaming king is planning more promotional offers to attract users. And hopefully, Netflix confirmed its ‘StreamFest’ event for 48 hours of free streaming in India.

Earlier when users used to switch to the one month free trial of Netflix, they had to fill in their payment details and Netflix used to deduct the monthly charge by default after completing one month. Nevertheless, an option to cancel the free trial was available for users. The best part of Streamfest is that users don’t need to give their payment details to enjoy free streaming for two days.

On the increasing charges of Netflix subscriptions, Peter stated, We do an assessment: Do we believe that we’re really delivering more value to members?” he said, adding that “a North Star we hold close to our heart in this whole process is we think that we are just incredible entertainment value — and we very much want to remain an incredible value as we continue to improve the service and grow.”

Netflix gained 2.2 million subscribers in the third quarter of 2020 which is much lower than the 6.8 million new subscribers in Q3 2019. Let’s wait and watch will this promotional event boost up Netflix’s subscribers or not?