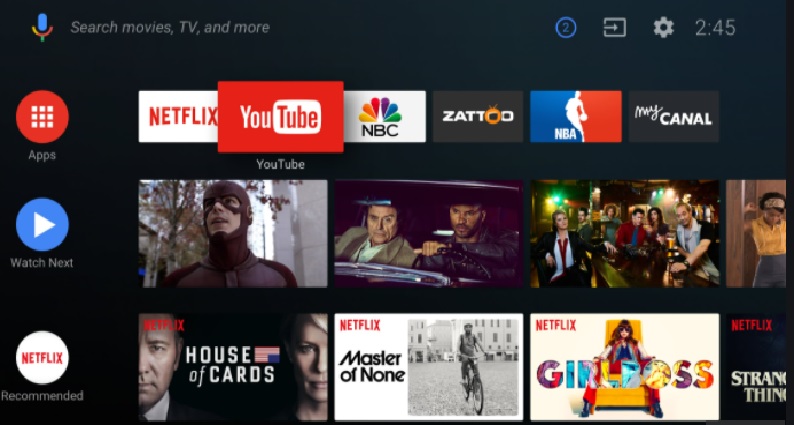 It’s unclear if the new Android TV interface will come to all older and existing versions of the platform. Most Android TV devices are running Android 9 or 10 right now, unless you have one that’s more than 4-5 years old, in which case you might be stuck on Android 8.

Comparison with the previous version:

There are few differences between the UI on the Chromecast’s Google TV versus the refreshed Android TV.

The new Android TV menu features three main tabs: home, for quickly accessing apps and channels; apps, as a dedicated place to find your applications; and a wholly new Discover tab, which will offer personalized recommendations for TV shows and movies, along with trending content from Google — similar to the “For You” tab on Google TV.

Conversely, the Google TV UI uses that aforementioned “For You” tab as its home screen and then breaks out specific pieces of content into dedicated shows, movies, and live tabs, rather than collecting them all in one place. It also makes it easier to get to your purchase content through a library tab that Android TV lacks.

Google has suggested that this Android TV update will be delivered to the USA, Canada, Australia, Germany, and France starting this week. It’s extremely likely that users will see this UI upgrade in countries around the world in the next few weeks.