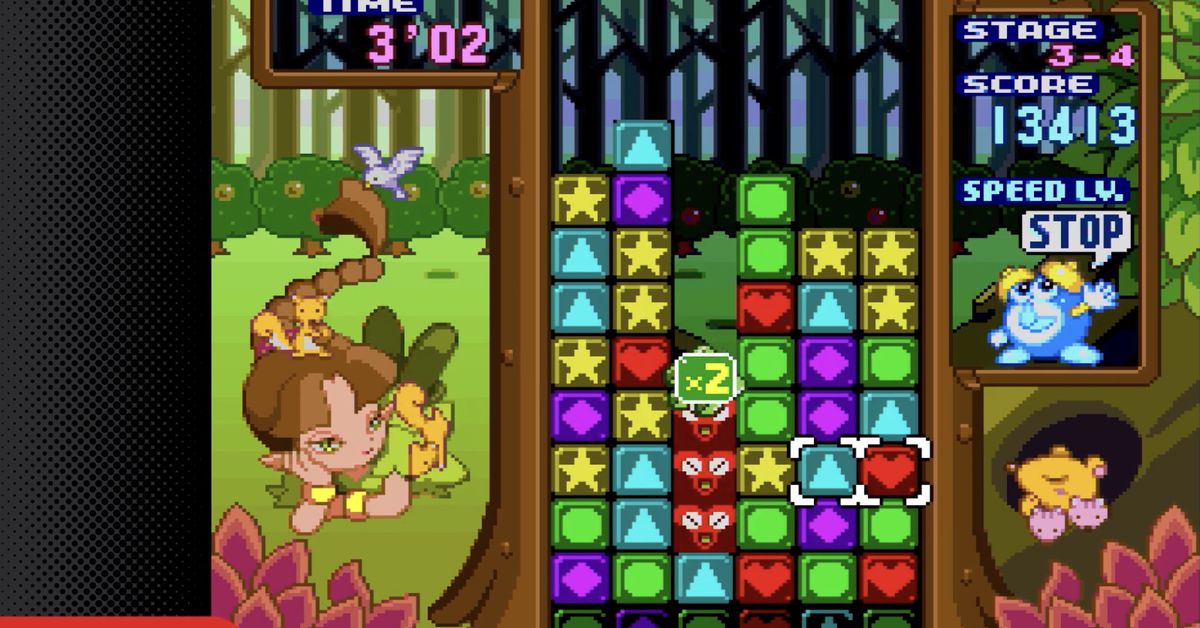 Nintendo has announced the addition of four more games to its Switch Online subscription service. Nintendo Switch Online lets you play Switch games over the internet as well as providing a library of free NES and SNES titles.

The additions for May include one NES game and three SNES games. The NES game is Tecmo’s mythical action game Rygar, while the SNES additions include Natsume’s cult sci-fi western shooter Wild Guns and Jaleco’s overhead shooter Operation Logic Bomb.

The most notable game added to the service in this round is Panel de Pon, which was never released in the US — at least not in this form. It’s a classic SNES puzzle game designed by the legendary Gunpei Yokoi, but outside Japan the game was titled Tetris Attack and its fantasy anime style was replaced by Nintendo characters from Yoshi’s Island.

Panel de Pon’s gameplay has nothing to do with Tetris, and subsequent spins on the formula were called Puzzle League; various Nintendo properties like Pokémon, Animal Crossing, and Dr Mario have all featured in crossover titles. This Switch release of Panel de Pon is the first time most people outside of Japan will be able to see where it all began.

All four games will be available through Nintendo Switch Online on May 20th. This will bring the total number of games on the service to 82.