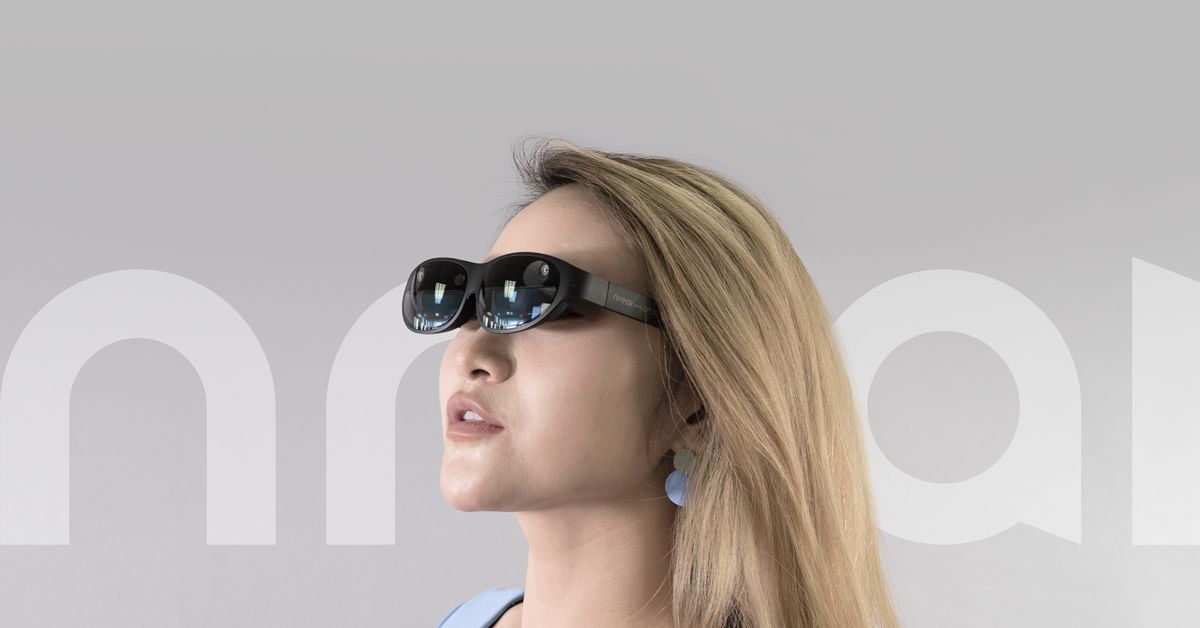 The Nreal Light mixed reality glasses are shipping in Korea alongside Samsung’s newly announced Galaxy Note 20. LG Uplus will sell the glasses as a standalone device for 699,000KRW (around $586), and it’s bundling them with the Galaxy Note 20 or LG Velvet and a 5G data plan for 349,500KRW (around $295). Preorders open on August 11th, and the headsets will be available in stores on August 21st.

The Nreal Light (also referred to as “U+ Real Glass”) is a light sunglasses-style headset that tethers to a separate computing device — in this case, the Galaxy Note 20. It uses spatial tracking and projected images to overlay apps onto the real world, and Nreal pitches it as a more spacious alternative to a smartphone when you’re watching videos, playing games, or reading websites. It’s promising to support Chrome, Facebook, and Instagram, among other apps, at launch.

The consumer retail version comes with an array of nose clips to fit different faces, as well as a corrective lens insert and a black “VR cover” that blocks your outside vision to create a clearer picture. Nreal previously shipped a $1,199 developer kit that included a controller and a dedicated mini-computer. The consumer version of the glasses will use a phone-based control system, and Nreal announced that it would bring hand tracking to the glasses at some point as well.å

Nreal is one of only a few companies still trying to sell general-purpose consumer smart glasses. Competitor Magic Leap — which sued Nreal for “blatant copying” before having the suit dismissed in June — recently switched its focus to enterprise mixed reality. Google acquired the startup North and recently dropped support for the consumer glasses North launched in 2019. Augmented reality company Tilt Five is apparently still preparing to launch a pair of holographic glasses, but they’re specifically made for tabletop gaming.

China-based Nreal has also signed partnerships with Japanese carrier KDDI and Germany’s Deutsche Telekom, including a mixed reality incubator program with the latter. It hasn’t announced plans for a US launch.