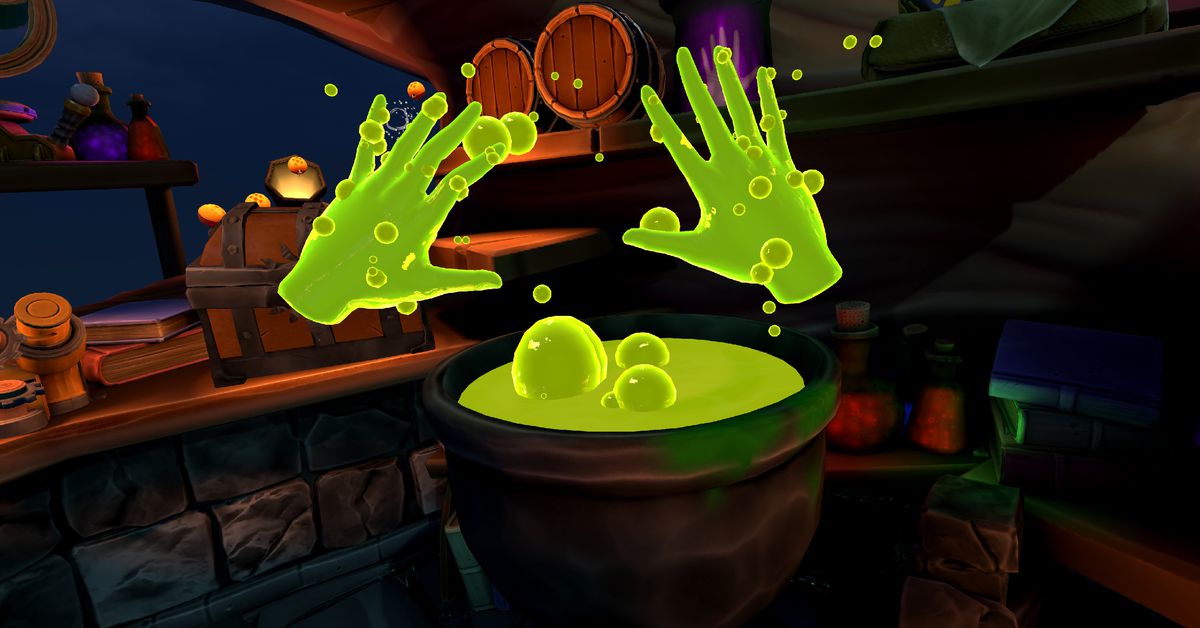 Oculus is bringing the Quest’s experimental hand tracking system out of beta, making it an official feature of the VR headset. The Quest got hand tracking options late last year but only for the main Oculus menu and a few built-in applications. Now, it’s going to be appearing in third-party games and apps starting later this month.

Three Quest experiences are getting the feature soon: the potion-mixing games Waltz of the Wizard and Elixir, plus puzzle game The Curious Tale of the Stolen Pets. Animated VR films Gloomy Eyes and The Line will also launch for the first time — with hand tracking — on May 28th. Developers can start submitting hand-tracking projects on that day as well, so more titles should support it over the coming months.

The Quest was released one year ago, and it’s gotten significantly more versatile and capable since launch. The handheld Touch remotes are still its primary controllers. But hand tracking is a bonus feature that sets the Quest apart from most competing headsets, including the Oculus Rift S — although the Rift S might get it in the future.

Oculus also recently expanded the list of cables that work with Oculus Link, a feature that lets you plug the Quest into a PC and play Rift games. And it’s updating the Guardian boundary system this week, adding a feature called Playspace Scan that helps automatically detect obstacles. A future tweak will let you change the boundary’s color from its default teal to blue, purple, or yellow.

Facebook-owned Oculus saw a big spike in overall headset sales last quarter, probably driven by the release of popular game Half-Life: Alyx. Now, Oculus says it’s sold $100 million worth of Quest content since its 2019 launch. Facebook CEO Mark Zuckerberg said last September that Oculus had sold $100 million across all its platforms, apparently including around $20 million in Quest apps and $80 million for the desktop-based Rift and low-end Go and Gear VR platforms.

Zuckerberg has said coronavirus-related stay-at-home orders are making VR more attractive, although we haven’t seen financial reports covering most of the recent pandemic. Oculus plans to support newly homebound employees with more remote work services on the Rift, including the telepresence app Spatial. The breakout VR game Beat Saber, which launched a fitness-focused track earlier in the pandemic, is also getting 20 new beat tracks.

Unfortunately, if you don’t have a Quest yet, they’ve been almost continuously sold out since January, although Oculus has periodically restocked them. The company is reportedly working on a smaller and lighter version of the Quest, but it may not ship until next year.