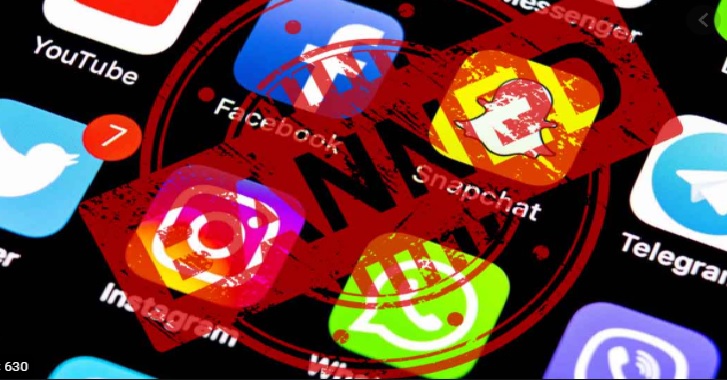 Pakistan on Friday, banned temporarily the services of social media platforms, for example, Twitter, Facebook, and WhatsApp after fierce exhibitions by a fundamentalist strict association with the goal that they couldn’t be utilized to sort out showings.

The government banned Tehreek-e-Labak Pakistan (TLP) on Thursday after three days of violent demonstrations. This organization wanted to pressure the government to expel the ambassador there in France over an alleged blasphemous cartoon published last year. The TLP started a nationwide protest on Monday following the arrest of its chief Saad Hussain Rizvi.

TLP supporters had violent clashes with police in several cities and towns earlier this week. In this seven people get killed and around 300 policemen are injured. To stop the demonstrations after Friday prayers. The Ministry of Internal Affairs directed the Pakistan Telecom Authority (PTA) to shut down social media. Services for four hours from 11 am to 3 pm.

But now The social media sites restore in Pakistan. It is earlier shut on the orders of the Interior Ministry for four hours.

The federal government on Friday directed the Pakistan Telecommunication Authority (PTA) to suspend social media platforms in the country from 11 am-3 pm.