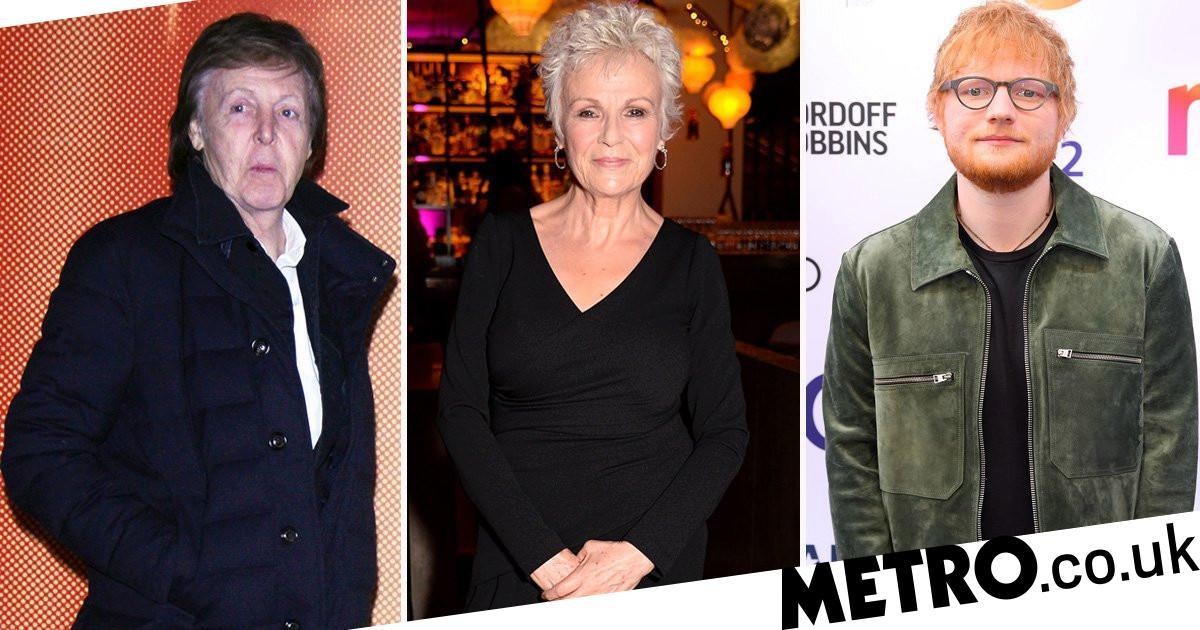 Sir Paul McCartney, Dame Julie Walters and Ed Sheeran are just some of the stars who have contributed letters thanking the NHS for a special charity book.

The project, titled Dear NHS: 100 Stories To Say Thank You, is set to feature letters written by just over 100 celebrities, with Miranda Hart, Dermot O’Leary and David Tennant some of the final famous names added to the list.

All profits made from the book, which has been put together by This Is Going To Hurt author Adam Kay, will go to NHS Charities Together and The Lullaby Trust, which helps to support bereaved parents.

Kay, who previously worked as a former junior doctor, said he was ‘absolutely delighted to announce the final contributors to the book’.

In a statement, he said: ‘They’re brilliant people with brilliant stories – reminding us that whoever you are, you have relied on the NHS.’

He added: ‘On a practical note, I’m very pleased that they’ve on board so we don’t need to rename it Dear NHS: 87 Stories To Say Thank You.’

Anna Valentine, executive publisher of the Orion Publishing Group, also stated: ‘We have been blown away by the response to Dear NHS, and to now have even more incredible contributors share their stories is more than I could ever wished for.

‘It just goes to show how important and deeply personal our health service is to the nation, and I hope this book will become a lasting symbol of our thanks to all who work within it.’

It comes after it was previously reported earlier this month that more than £100 million had been raised by NHS Charities Together.

As well as fun runs, charity singles and virtual quizzes, fundraising efforts were boosted in part by Colonel Tom Moore, who raised more than £30 million by walking 100 laps of his garden.

Dear NHS: 100 Stories To Say Thank You will be published on 9 July by Orion Publishing Group’s Trapeze imprint, priced at £16.99.

MORE: Katie Price cheers on son Harvey as he dedicates We Are The Champions performance to NHS staff during Clap For Carers