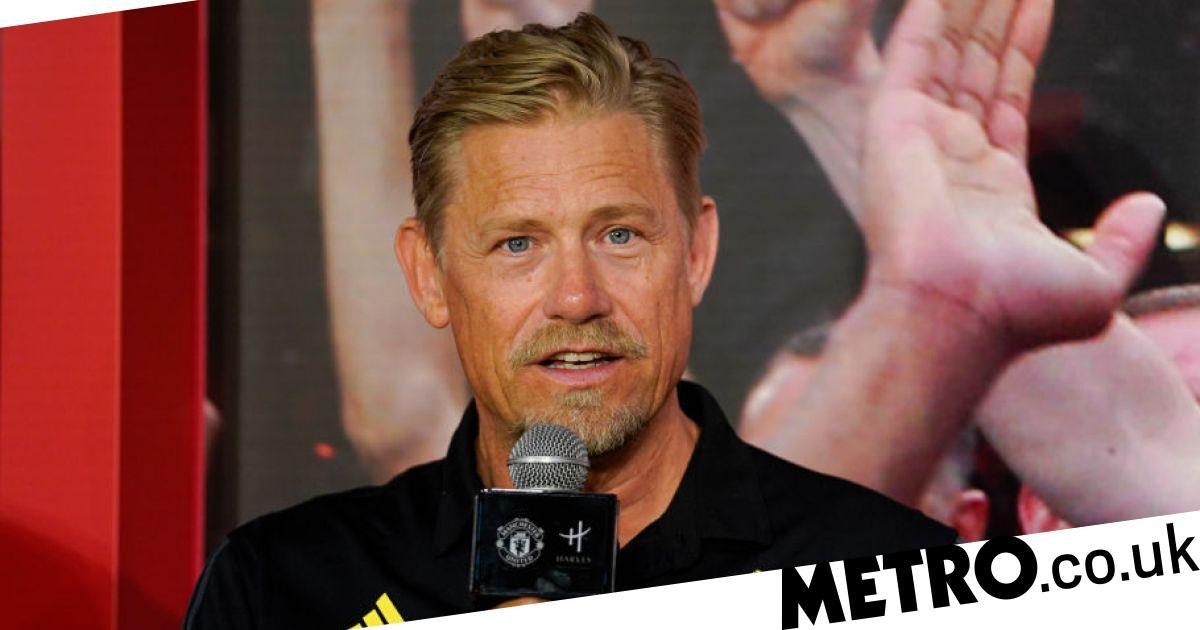 Peter Schmeichel admits he would like to see Son Heung-min playing for Manchester United and believes the Tottenham star could be a ‘realistic’ option in the summer transfer window.

Son was impressing in his fifth season with Tottenham when the coronavirus crisis brought English football to a halt back in March, racking up nine goals and seven assists across the 2019/20 Premier League campaign.

The 27-year-old reported back to Spurs’ training ground earlier this week after completing military service in his native South Korea where he stunned Marine Corps officers and finished as one of the top performers.

Though Son has established himself as of the finest attacking players on these shores since arriving from Bayer Leverkusen in 2015, Harry Kane has tended to steal the limelight at Tottenham and it’s the England captain who continues to be linked with a big-money move to Old Trafford.

However, it’s understood Ole Gunnar Solskjaer is against meeting Tottenham’s enormous £200million asking price for Kane and the Red Devils have been forced to scour the market for alternative options up front.

During a Q&A session on Twitter this week, Schmeichel proposed that United should look no further than Kane’s Spurs team-mate for a ‘realistic target’ in the summer.

Several big-name forwards have been linked with United in recent weeks, despite executive vice-chairman Ed Woodward warning fans that it may not be ‘business as usual’ in the summer transfer window due to the financial impact of the coronavirus pandemic.

Borussia Dortmund and England sensation Jadon Sancho is high up on United’s shortlist of attacking targets and the club officials have also been keeping close tabs on Pierre-Emerick Aubameyang’s contract situation at Arsenal.

The Gabon international’s deal expires in 2021 and Arsenal are weighing up whether to cash in on him this summer or risk losing him for free in 12 months’ time.

Former United boss Ron Atkinson believes the addition of a ‘top striker’ can make Solskjaer’s side the ‘main challengers’ to Liverpool and Manchester City.

‘I think they need a top striker. I think if they got a top striker they would be the main challengers to Manchester City and Liverpool next season,’ Atkinson, who managed the Red Devils from 1981 to 1986, recently told beIN SPORTS.

‘I think they’ve got decent players in other positions and what he seems to have got is a decent attitude now amongst the players.

‘But I think they’re short of a [Ruud] van Nistelrooy, a [Robin] van Persie, that type of player that guarantees a number of goals at the end of the year. Somebody that can combine and play with Marcus Rashford, that would good.

‘You’ve got [Anthony] Martial to come in and supplement that but I do think they need whoever it is… all the talk about Harry Kane. I’d be very surprised if they got him but somebody of that ilk that will guarantee before the season starts if he plays his games he’s going to finish with 25 goals.’

MORE: Jesper Blomqvist picks out the two players who ‘surprised’ him most in Manchester United training